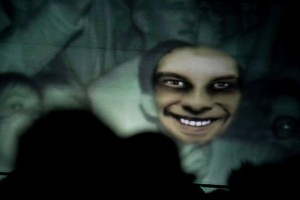 Earlier this year, Aphex Twin confirmed in an interview that since 2001’s Druqks he has recorded and essentially finished up to six albums worth of material. Unfortunately, in the same interview there was no sign of when the next release will actually happen.

This short video appeared online this week which features snippets of new material set to visuals that debuted at the London Electronic Dance Festival which almost literally blew our heads off earlier this year. What it signifies exactly remains uncertain, but after a collection of weird noises and twisted amen breaks that invokes the spirit of 90s rave in a way only AFX could achieve beautifully we’re left with a date – 12th March 2011.

Make of that what you will, but watch and listen to the AFX Seaside Specials blip below and get excited for something, hopefully soon.