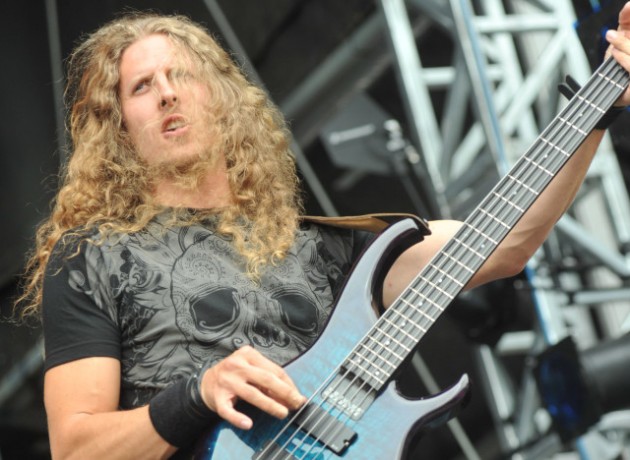 Whilst Delain performed in Birmingham last month, they were joined by an additional band member, Merel Bechtold, causing their usual stage positions to be jumbled. Little did he know, Otto was now standing in front of a large streamer cannon, cued up to blow during their song ‘The Gathering’. Lost in the moment, Otto failed to stand clear as the cannon fired, feeling a small explosion connecting with the back of his crotch at point blank range. In a detailed Facebook post, Otto reveals the nitty gritty of this sorry situation, and how he managed to finish the gig.

“Having Merel on stage with us meant everyone just had to pay attention at the moment the streamers would shoot. In my enthusiasm, I did not pay attention, and happened to be VERY close when the streamer fired. It hit me from the back, in my genitals. Although pain was pretty bad right away, I was merely pissed off at myself for not paying attention. During the next song, pain got worse though, and I had the feeling I was bleeding. Pretty soon pain got to the point where I could barely stay conscious anymore, but for some reason I did manage to finish the show and even squeeze out some grunts!”

Upon retiring back stage to take a closer look, Schimmelpennick discovered his “scrotum was the size of a big grapefruit” and was in a great deal of pain. “I was taken to the nearest hospital where I was finally operated around 8:30 in the morning.” He was then informed his left testicle had been ruptured, as well as some arteries, and lost more than 500 ml of blood from his scrotum during the operation.

Otto hopes to be fully recovered within six weeks to join Sabaton on their European tour. Their new album The Human Contradiction is out now on Napalm Records.