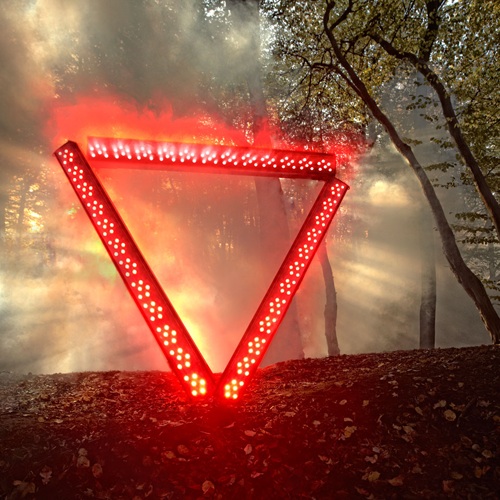 Enter Shikari’s Rou Reynolds who played the Crossfire Halloween Massacre back in November has made a statement on the band’s website explaining feelings behind the current midweek chart position on new album A Flash Flood Of Colour:

“Two days ago things began as normal.
I pressed snooze a few times, finally woke up, rubbed my eyes, stretched my arms… and checked Facebook/Twitter.
But from then on it got weird. Really weird.
Our bands album ‘A Flash Flood Of Colour’ was at number 1 in the official UK charts.
I waddled confused and still half asleep down the stairs and had a crumpet to ‘celebrate’.
I lie, i ended up having 3.

I’m writing this two days after that rivetingly descriptive morning escapade, on Wednesday 18th, and we’re still topping the charts by a few thousand copies. Madness.

Now i’m not gonna sit here and bark on about how this is…
a) a victory for independent music
b) a victory for meaningful and societally conscious music
c) a victory for guitar/alternative music
…of which it is undeniably all three, but it has to be at least mentioned.
It goes without saying, you certainly wouldn’t label the majority of artists normally in the charts any of those descriptions, let alone those that reach number one.

The fact that so many people have bought this record and supported the values behind it is incredible. And we would like to thank every single person that has, from the bottom of our hearts.
I don’t know whether we’ll be holding strong by Sunday when the end of week chart run down happens.
In fact i’m sure Adele or Bruno Mars will have crept back up on us by then and achieve their 50th week at number one or whatever they’re on.
But we’ll have had our nice brisk trot in the limelight, and big up all those that contributed to it.”