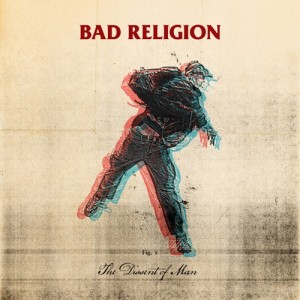 Bad Religion’s 30th anniversary celebrations are set to reach a climax as their 15th studio album, The Dissent Of Man, is set for relese on September 27th.

The band have just posted the entire album, previously reported to contain some of the band’s favourite songs they’ve ever written, on their Myspace for all to hear.

The tracklisting is as follows, now go in and listen to it.