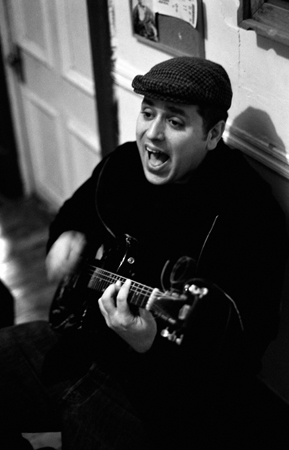 Further to his fantastic recent album, $, on Last Gang Records, Mark Sultan has been a significant figure in garage rock over the past decade. Whether it be his inspired collaborations with King Khan as The King Khan and BBQ show, or gospel rock supergroup The Almighty Defenders, Sultan can be relied upon to make great sounding records, and to tour them, hard. Most significantly, the three albums made with King Khan stick in our minds as perhaps his best work to date, and essential additions to any good record collection.

On the week of the release of his new solo album, we caught up with Mark to discuss his influences, playing the Sydney Opera House and what he’s got planned for the near future. We also got the low down on the making of ‘$’, which recently joined the Buzz Chart here.

Life is great! I just moved to Toronto and I am pretty stoked.

First off, could you tell us about your new album ‘$’ and how it came together.

Well, that album was recorded a while ago – in fact the earliest recording on the CD, anyway, is the original version of ‘I’ll Be Lovin You’, which ended up being reworked as a King Khan & BBQ Show song. Most tracks were recorded in late 2008/2009, with some alterations done a bit later. I basically wanted to stretch my wings a bit after focusing more on KKBBQ and my decision to write and sing more basic and primitive rock’n’roll with that band. I wanted to write songs as ‘Mark Sultan’ and record them with more experimentation and more ‘orchestration’. It was cathartic, cuz I was pretty dark at that point. Made sense.

The name was just another in a series of bad decisions I have made in music. Nah, I dunno. Probably could argue that it’s all a joke on the fact that I never make money from my shit. But honestly, I just like the way a dollar sign looks.

I think the album really showcases your talent as a vocalist, what singers do you draw inspiration from?

Thanks. I would say it probably has been showcased more on King Khan & BBQ Show albums, as far as talking pure R&B-style howling, but I think ‘$’ is a decent showcase, if not more varied, vocally. I draw most inspiration from a long line of 50’s gospel singers, R&B vocal group singers and soul dudes. Just a bunch of remarkable talents whom you have either heard of or who have washed away with time.

What kind of music did you listen to growing up? How did you end up playing garage rock and doo-wop influenced music?

I received ‘Abbey Road’ for Christmas when I was 5 and started buying Led Zeppelin albums with saved up holiday bucks the year after, on recommendation from my cousin Steven. So, ya, lots of Classic rock and 50’s-60’s rock’n’roll stuff that I found in parents’ boxes as a kid staying home from school. That was until I was, say, 8-9. Then came metal, hardcore, punk, etc… The garage stuff was always a curiosity for me even through my hardcore days. I mean, I still had a love for the Stones, etc… and when bands like Minor Threat would cover Standells songs, I’d track down the originals. And then I started getting into all the old shit and stuff like the Mummies or Billy Childish or whatever. It all seemed punk to me! As for Doo-Wop, that also was part of growing up, on like ‘Party Rock’ albums and shit. All the novelty stuff. But my love of more ‘serious’ R&B, etc… came later, probably from researching garagebands doing old covers and going into it further. I love vocal sounds and melodies and harmonies. I love getting the chills from the ethereal sound of one person’s voice so full of soul and emotion. It makes me feel alive. 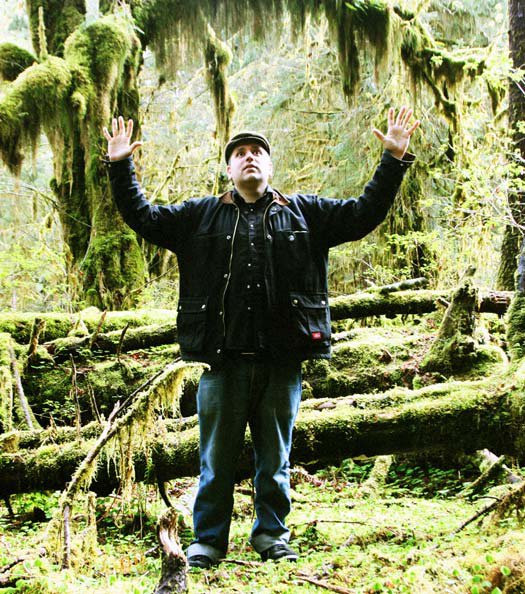 You’ve toured with some great bands in your time – are there any particular tours or stories from the road which stick out in your mind?

Man, too many stories. I’ll write a book one day. It will be funny.

What three things can you not live without when you’re on tour?

I dunno… Sometimes, when I smoke, it’s something as simple as a cigarette. Or chocolate. Mostly, I just can’t live without the love to keep going; to keep touring. Once you lose that, you should go home.

What’s your live setup like now? Have things mellowed at all since you started out?

I just toured the US as my one-man band ‘BBQ’, but which often gets billed as ‘Mark Sultan’. Weird. In any case, my performances were generally more energetic and perhaps ‘evil’ than ever. I was happy. But I also have a 4-5 piece band which I will start touring with, with me as front man. Things are not slowing down. I am never complacent.

We really love the music you’ve released as King Khan & BBQ, how would you describe your relationship with King Khan?

Well, we are brothers. We are going through a tough time at present, but we still love each other. Just gotta let time heal a few things.

Have you settled on playing under your own name now, or are there any other projects or aliases on the horizon?

Well, contrary to popular thought, that isn’t my real name, more a reliable alias so I can put one name out for now and draw less confusion. But even my real name isn’t real. I hope to use the REAL name on an upcoming release.

Of all the musical projects you’ve worked on to date, is there a record or moment that you’re most proud of?

There were a bunch of moments that could have been the proudest, but have somehow always fucked up. A good example is when me and Khan played the Sydney Opera house at the request of Lou Reed and Laurie Anderson. Disastrous. Hahahaha. Anyway, I am as proud as I can be with most shit I make, cuz I also have a good sense of self-censorship. I only put out stuff I kinda like. 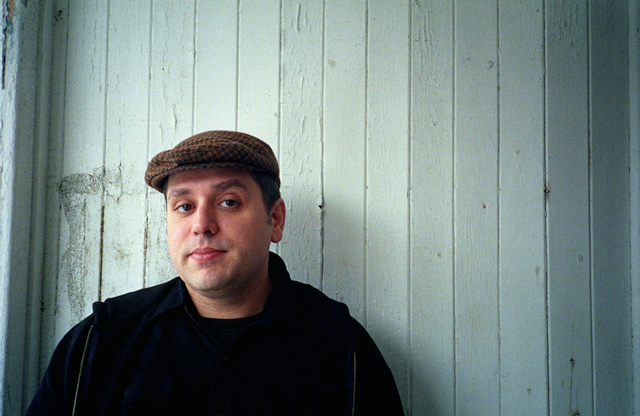 Are there any plans to come back to the UK in the near future?

For a long time, the UK was on my personal blacklist, as I had nothing but horrid experiences there, but I am now willing to give it another go. More and more ‘fans’ ask and I guess I should try.

If music challenges your first impressions, will you shut it off or keep listening? Are you a fan of music or a fan of being a ‘fan’?