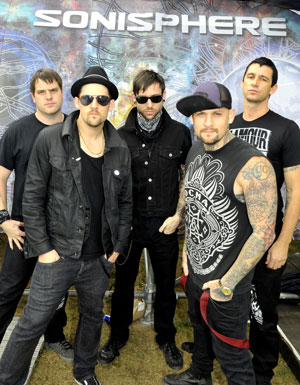 Sonisphere is a young festival. Despite 2010 only being the second year it’s been in existence, organizers Kilimanjaro seem to have crafted a well-organised, enjoyable environment with an abundance of varied yet complementary acts. We certainly saw a rather strange mix of bands and this is probably the only review you’ll read that only takes in one main stage band.

Now extended to two and a half days, the first night involved us checking out new British talent March of The Raptors on the Red Bull Bedroom Jam stage. Their gnarly metal-tinged hardcore went down well with the amassed crowd and, though the sound was slightly scrappy, the weekend was off to a good start! Throw in an intense wave of instrumental madness from 65 Days of Static at the Bohemia Stage and some epic power ballads in the Strongbow Bowtime bar later in the evening and we were definitely feeling like we were onto a winner.

We’ll be honest. We didn’t get off to the earliest of starts on Saturday (or Sunday, but we’ll get to that). However, Little Fish provided a great kickstart with frontwoman JuJu’s Patti Smith-esque demeanour winning the band a whole host of new fans at the Red Bull Bedroom Jam stage. Good Charlotte were next on the agenda. Yes, you may laugh, but even though we knew they were likely to be fun, they actually sounded damn good too. Songs like ‘Girls And Boys’ and ‘The River’ (dedicated to The Rev of Avenged Sevenfold) are undeniable hits and when the band played a cover of Blink 182’s ‘Dammit’, it definitely sounded better than the original. Plus they get props for mentioning that they’ll be watching Gallows later.

Gallows are just standardly brilliant. No matter how many times you think you’ve seen them do it all before, it’s always entertaining. A circle pit round the outside of the tent they’re playing, a crowdsurfing Frank Carter, a crowdsurfing dude in a wheelchair and guest vocals from Eva Rolo Tomassi, Good Charlotte et al. What more could you want? I think I’m going to expect a crowdsurfing horse next time. Later in the evening, Polar Bear Club play to a considerably less-packed tent. But they don’t care, they’re just happy to be there! Lesser bands would struggle to rise to the occasion when faced with a sparse crowd but everyone assembled is loving it and the band are no exception. Ace punk rock played with heart. We tried to get to Therapy? later but we failed. The tent was overflowing with people intent on catching their heroes. Apparently there was a powercut though. Bummer. After that, it all goes a bit hazy…

Sunday starts off with the realization that we’re going to miss Henry Rollins do his thing. 11am? I don’t think so. We’re sad to miss out but sleep is necessary. We walk on site rather later in the day to the sounds of Slayer. Bring Me The Horizon play a frenzied set, rattling off their vicious quasi-anthems to an intent crowd. A barrage of crowdsurfers bring the carnage and guitarist Jona climbs way up to the top of the stage rigging mid-song, making it look easy and coming across like Spidey himself. We have to rush off towards the end but we later discovered that Oli Sykes’ dad even made an appearance. Bizarre. But very awesome. Hopefully they silenced a few haters with that incendiary performance. 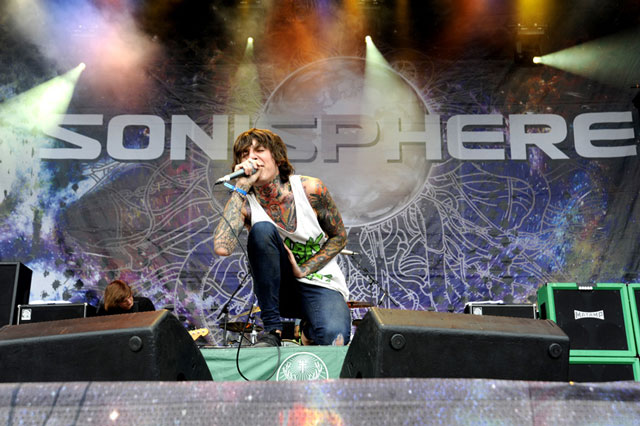 Unfortunately, I only get to hear Placebo from a distance but by all accounts they play a stunning set, including an amazing Nirvana cover. Converge is next on our list and due to extreme exhaustion, we take it all in from our seat on a nice patch of grass in the corner of the tent. Still, brutal as fuck. Funeral For A Friend headline the same tent with an emotional set that marks guitarist Darran’s last show with the band. There are also plenty of guest appearances with Charlie Simpson and Oli Sykes (who apparently stepped in for a passed-out Matt once when he was just a fan in the crowd years ago) taking to the mic at various points of the set. It’s singalong central and there are definitely a few eyes welling up. A fitting send-off! Later on we get dragged to Tek-One at the Strongbow bar and really don’t want to be convinced but we kind of are. Woah that dude can drum. Wobwobwob, indeed.

You should probably book your tickets for next year.