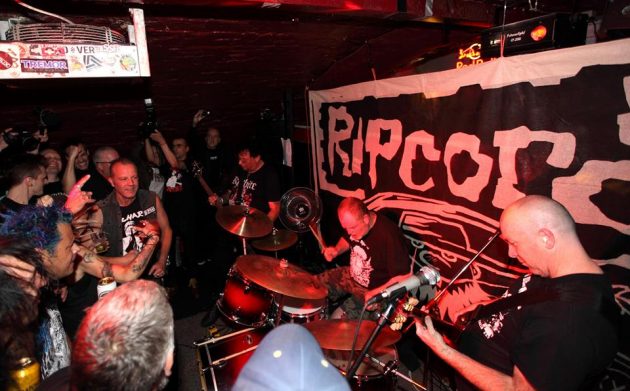 Back in mid-80s England, once the original energy explosion of punk had dissipated, and the harsh political fury of the Crass movement’s five year plan had ended in 1984, it was the hyper-speed hardcore coming out of America that inspired and charged the next wave of kids ready to strap on guitars and arm themselves with noise and words. The music coming out of Boston, particularly, struck a power-chord with future Weston-Super-Mare thrashers Ripcord. Siege, SSD, Gang Green, Freeze, Deep Wound…the sheer speed and fury sparked the mid-80s explosion of ideas and music that saw the likes of Heresy, Intense Degree, The Stupids and Ripcord heading a charge that was blown into the mainstream and overboard by John Peel’s attention and enthusiasm.

By the end of the 80s, however, times were changing and having scorched their way across Europe and the UK, leaving behind two amazing albums, Ripcord ceased to be, moving onto other projects and lives. Fast-forward some twenty-eight years and to celebrate founder, guitarist and all round good fella Baz Ballam’s 50th Birthday, a one-off reunion gig was arranged that promptly sold out in seconds. Slightly taken aback by the interest that has developed in the band over the years, they agreed to play one further gig (in Leeds with Infest, they couldn’t resist it) but apparently THAT IS IT. Ripcord don’t want to sully their reputation and become just another reunion band and there is the present to deal with and that’s how tonight starts, in the dimly lit basement that is the venue for tonight’s gig.

Violent Arrest feature both John Millier (drums) and Baz from Ripcord, with Welly (Artcore Fanzine/Four Letter Word) on vocals, kicking off tonight’s proceedings in blistering hardcore punk style. This is not all about the past. The present is pretty damn good too.

Next Endless Grinning Skulls take the floor (there is no stage), with Steve Charlesworth from Heresy on drums (always a thrill to watch him play, one of the best!) and Gords of Hard To Swallow, John Holmes etc on bass, plus Andrew Morgan (Army Of Flying Robots) on guitar. They share vocals and create a thick wall of sound that threatens to reduce the venue to rubble.

Laughing that drummer John might pull a Tommy Cooper and have a heart-attack onstage having already played one set with Violent Arrest (hey, we’re not getting any younger), any fears that the passing years may have dampened the energy of Ripcord‘s youth soon disappear once the band start carving through the slow intro that opens their second album ‘Poetic Justice’, before careering through ‘So Strong’ and ‘Aim To Please’ as the years melt away. The band look thrilled to be playing the music again and humbled by the reaction that greets them as the small crowd of 150 punks pile on top of the band, thrashing harder and harder as each song hits the target. ‘Drugshit, ‘Single Ticket To Hell’, ‘Furder’, ‘Collision Of Vision’, ‘Barriers’, they spray them out like bullets. Short, fast, abrupt. Perfect.

It ends all too quick and the band are hemmed in by the crowd, so have to play more as frontman Steve Hazzard barks the band through a repeat play of ‘Single Ticket To Hell’.

It’s a brief but joyous celebration of both Baz’s birthday and the energy and ideas of the past that are still so inspiring to this day. You’ve got one more chance to see them when they play with Infest in Leeds on November 25th. Don’t miss it. Happy Birthday Baz! 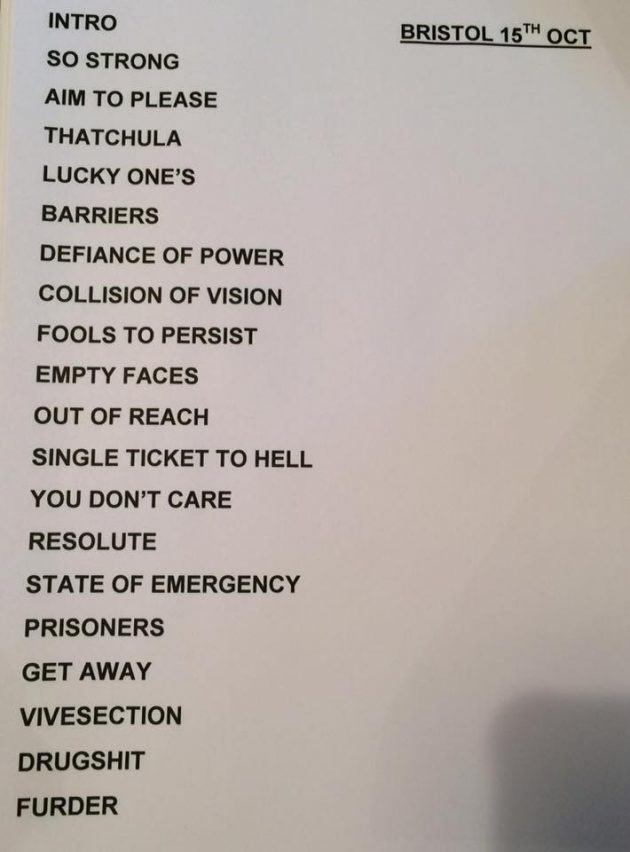 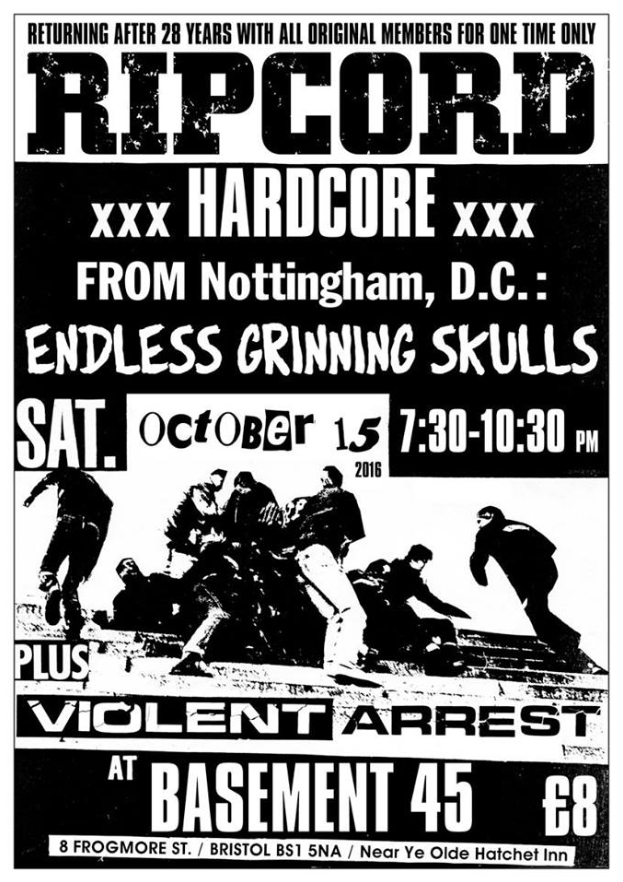