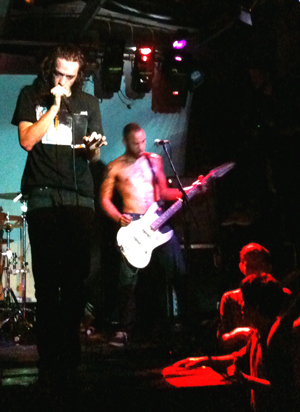 As one of London’s very best promoters, it’s now seems standard that Sexbeat should host their own festival. The chosen location is Corsica Studios, which in many ways is the perfect setting for the rabble of scuzzy punk and indie bands that form the bulk of the line-up. Tucked between a couple of railway arches, the venue holds two dark gig spaces and an outside garden, complete with a BBQ serving up ‘Heavy Metal Hot Dogs’. This particular culinary delight is an early highlight in the day’s proceedings.

On to the bands, though, and first up are button pushing electronic duo Dam Mantle. Their eclectic set of beats and bleeps gets heads nodding, with a sound that is at times sample heavy yet at others moody and atmospheric. There must be something in the water over in Glasgow, with Hudson Mohawke, Rustie and now Dam Mantle offering up refreshing takes on beat infused electronic music.

By contrast, there’s nothing particularly refreshing about Cerebral Ballzy. The band look, sound and most probably smell like a product of the 80’s, but are perfectly happy slotting into this mould. This seems to suit the band well, who energise the crowd with their beer soaked retro hardcore. Musically speaking, Cerebral Ballzy aren’t much to shout about, but they’re good to watch and deliver a solid performance here.

Trash Talk are up next, and judging by the gaping hole in front of the stage, their reputation as a ferocious live band now precedes them. There’s really no use in backing off, though, as singer Lee Spielman will find you, and most probably jump on you, regardless of where you stand. It’s a typically strong performance from the Sacramento punks, who are proving they have much more about them than merely the antics of their frontman. Finishing on a storming version of set closer ‘Sacramento is Dead’, it’s no surprise that Trash Talk provide the day’s highlight.

Rounding off my day are Japanese psych rockers Bo Ningen, who play over on Corscia Studios’ second stage. I say on the stage, but the band is in fact set up on the floor amongst the crowd, making for an all the more intimate performance. As ever, Bo Ningen are completely engaging to watch, playing through a fair bit of new material as well live favourites. Bo Ningen are rad. Sexbeat is rad. Rad fest is…rad. 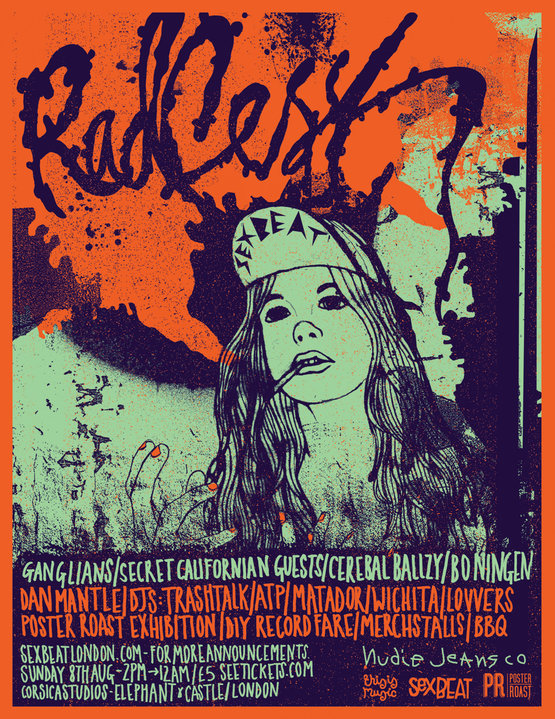