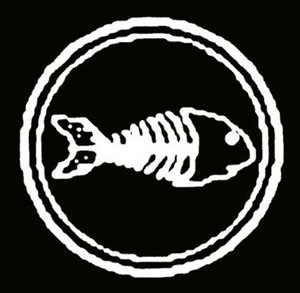 Playing 15 minutes after doors open is rarely the most gratifying of tasks, but Broken Nose’s confidence has clearly not been shattered. They bounce around the stage in a mass of flailing dreadlocks and blaring horns, and whilst they’re not throwing anything new into the ska/punk cauldron, you can’t fault them for enthusiasm or energy.

From the moment that they rip into ‘Tales Of Intervention’, Random Hand are onto a winner. Quite simply, the Yorkshire quartet rock like bastards; vocalist Robin Leitch brandishing his trombone like a musket as his band bolster their sound with some welcome eztra guitar crunch. Recent effort ‘Bones’ is already a clear crowd favourite, and although they’re largely out of step with current trends, RH infuse their music with a sense of grit and determination that suggests they’re in this for the long haul.

Fishbone have long held a reputation as an amazing live band, and although a good couple of decades have passed since their heyday, they’re still more than capable of whipping up one hell of a party. The extended funk workout of ‘Party At Ground Zero’ warms up the crowd nicely, but it’s a frenzied ‘Ma And Pa’ that really ignites the touch paper, with the formerly sedate Underworld crowd morphing into a gloriously sweaty, bouncing, slam-dancing mass.

The pace is almost relentless, and the band’s energy hasn’t diminished with the age – vocalist Angelo Moore working up a right old sweat over his huge saxophone, before diving into the pit for a frenetic ‘Let Dem Ho’s Fight’. Wisely, they stick to the classic material, with the likes of ‘Sunless Saturday’ and ‘Give It Up’ all present and correct, and they even throw in a supercharged cover of ‘Date Rape’ as a cheeky nod to their spiritual protégés Sublime.

It’s worth remembering that Fishbone regularly crossed paths with the Red Hot Chilli Peppers in their early days, and although Moore’s crew have never really broken far beyond a cult following, they haven’t run out of steam (or abandoned the funk) like their old friends. For a dose of LA sunshine in a grotty London club, Fishbone still deliver in fine style.