Below: Black Pacific leaaaan back 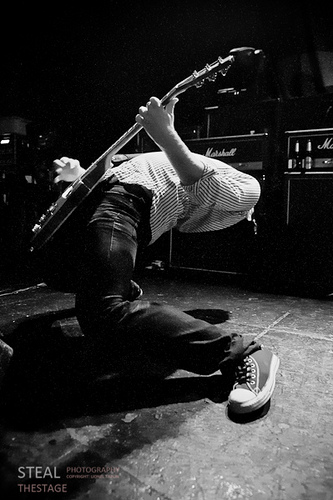 Despite having a gloriously full line-up of acts – Sum 41, The Black Pacific, Riverboat Gamblers and Veara – we only managed to catch a sliver of Sum 41’s set at The Kentish Town Forum. What we do see though is everything you would expect of the band, in a good way. The venue is packed to the rafters and the air thick with perspiration as kids (and those who were kids when Sum 41 first came into existence) bound around and sing their hearts out with unending energy. Fortuitously, we manage to catch “the hits” ‘Fat Lip’ and ‘In Too Deep’ which obviously go down a storm and sound just as anthemic as they always did.

Leaving the venue we are met with the surprise of two double decker buses which are there to take a chosen few (competition winners and media etc) to 93 Feet East for the afterparty. Quite a novelty but also quite handy, meaning that we can avoid the trek from North to East via multiple transport links with one direct mode of transport. Nice. Once we arrive at the site of the party, we’re chivvied upstairs to a private room where we’re greeted with a free bar (yes, it appears they do still exist). So suffice to say it was a rather raucous occasion as Jim Lindberg (formerly of Pennywise; now of The Black Pacific who performed earlier in the night) and one of Sum 41 took to the decks for eclectic but well-received sets. Everyone was merry to say the least and partied into the wee hours of the morning. A very successful Friday night! 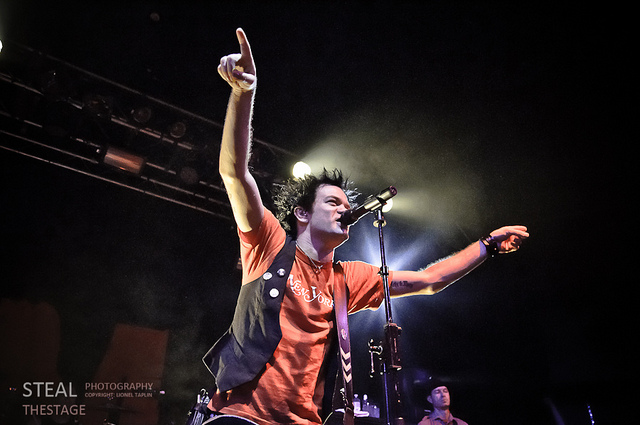 Sum 41 brought out the teenager in all of us.