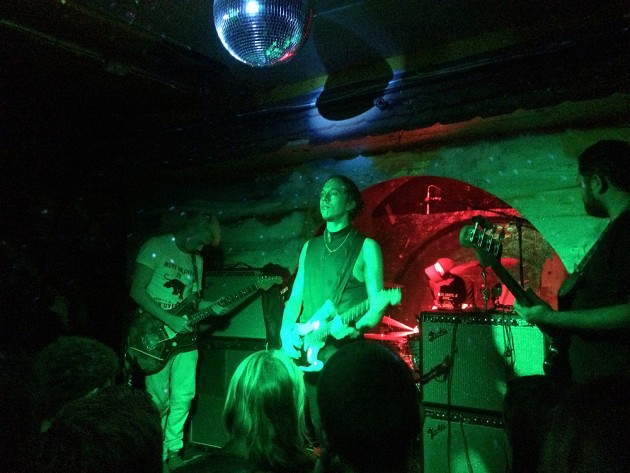 Once the original hardcore punk scene that exploded across America in the early eighties had started to run out of energy and steam by the mid-eighties, some of the bands looked back further into history and fused psychedelic and classic rock influences with their punk roots. Minutemen, Husker Du, Meat Puppets, Black Flag, Butthole Surfers …all of these bands took the underground in new directions, paving the way for Arizonan quintet Destruction Unit to beautifully fuse soaring psychedelic rock with ferocious hardcore punk in a way that no one has quite done before.

Crammed onto the small stage, slightly confused expressions upon their faces, the band blatantly haven’t sound-checked and spend some time plugging and unplugging various leads and effect boxes as guitar squeals and squelches buzz from the amps and PA. An orchestra of guitar feedback begins to swell as they poise to detonate and sure enough, when opening song ‘Disinfect’ kicks in (also the opening track on their incredible new album ‘Negative Feedback Resistor’), it’s like a bomb going off. The sound takes a few minutes to adjust; the guitars are so loud that the drums and vocals are buried under the mix, but it soon settles and we’re confronted with a barrage of belligerent noise. It’s like Negative Approach or Void entombed under two tons of psychedelic rubble, smashing and bashing their way through and assaulting your senses. 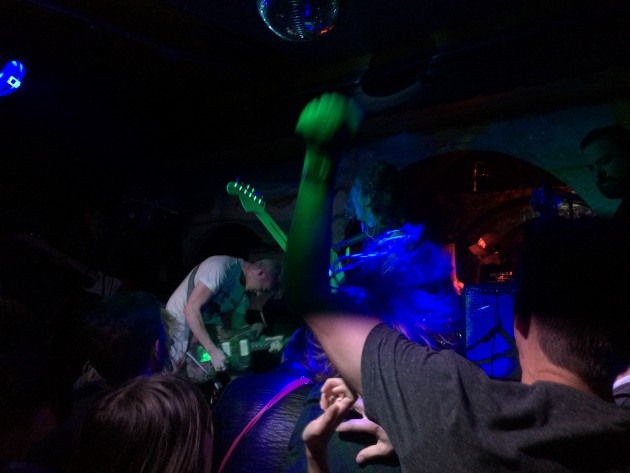 ‘Salvation’ starts up next, guitarist Nick Nappa, hair up in a Gene Simmons topknot, gurning and convulsing as he carves out Stooges riffs as the band pile in behind him, drummer Andrew Flores stuck in the back of the Shacklewell cave, shades on, baseball cap low, as he hammers the skins, propelling the band forward like a jet engine.

By this point the sound is so loud it’s oppressive. Singer Ryan Rousseau, what you can hear of him over the noise, drawls and howls into the mic, a menacing figure in dark huddled to the far left of the stage with a nasty line in vocals, you can sense there’s darkness in this man. And large doses of lysergic acid diethylamide.

‘Chemical Reaction/Chemical Delight’, again from the new album, is another set highlight; kick started with pure hardcore adrenalin, it descends into an acid-drone nightmare that is full of terror and tense paranoia. And then it stops. Destruction Unit don’t fuck about. They might be psychedelic but they don’t amble. They are punks, they keep it short, direct and explosive.

Destruction Unit are the most exciting band I’ve heard and seen in quite some time.