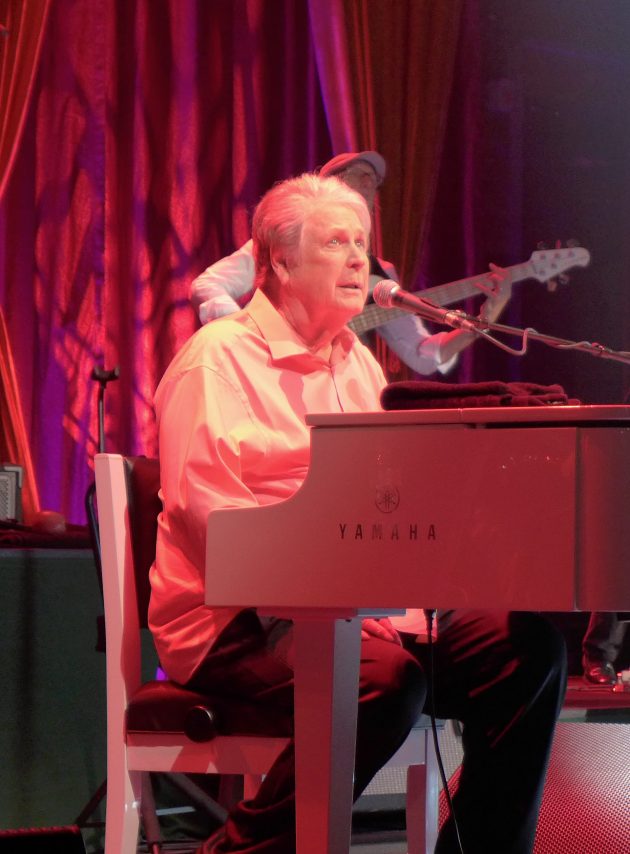 So here we sit, in a somewhat dated auditorium at the Eventim Hammersmith Apollo watching Brian Wilson helped to his piano ready to deliver a plethora of Beach Boys hits, aged 75. It is, for everyone here, a marvelous sight and one I will personally cherish for years to come. The packed house witnessed a few key hits in advance of why we are all here – the Pet Sounds experience from start to finish, and it certainly didn’t disappoint.

The musicianship on show tonight is exemplary. Every melody and harmony finely tuned, every piece of percussion well oiled, much like their very own Little Deuce Coup made back in 1963. This epic platinum track was released two years after Wilson and his brothers, Dennis and Carl got together with their cousin Mike Love and good friend and co-founder, Al Jardine. The latter is here tonight, playing guitar and singing alongside his son, Matt and South African guitarist Blondie Chaplin (pictured below). The crowd here tonight are also warm and in tune, now doing “a hundred and forty with the top end floored.” 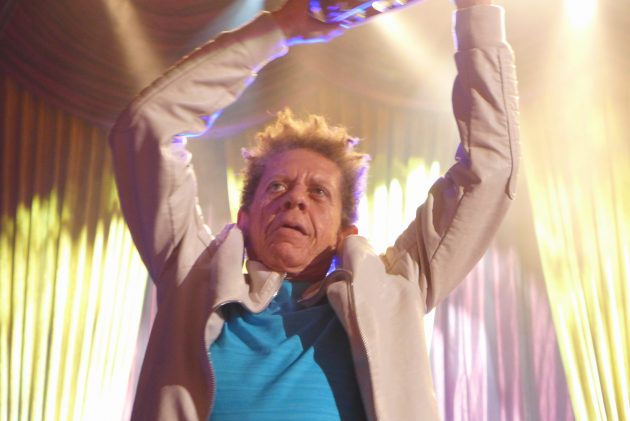 As “Wouldn’t It Be Nice” filled the speakers hairs on the back of necks all over the venue were higher than Brian’s stint with LSD back in 1965 when Pet Sounds was originally written. It’s an opus album that changed the game for many and left a huge thumbprint in musical history books, but to hear the full works in its entirety in this venue was like being in a dream. Wilson may not be the agile man he once was but his desire to tour this experience is to be commended. Nobody in the house talks of a few bum notes, his stature behind his piano is only moved slightly when a session player gives him a massage halfway through the set. He doesn’t speak much either throughout the show, but when he does, you can hear a pin drop.

The anticipation for arguably the Beach Boys’ biggest hit, God Only Knows follows a fantastic rendition of Sloop John B. “It’s time to turn over the record to the b-side now,” Wilson explains, before the roof is taken off by a now-standing audience who show their appreciation of the masterpiece they have just witnessed. For me though, the lyrics to I Just Wasn’t Made for These Times left me with a tennis ball sized feeling in my throat and took me to the edge of welling up. These lyrics will stand the test of time for everyone, especially those in today’s society wondering why the world destroys itself from the inside out on a daily basis. Wilson wasn’t just ahead of his time when he wrote this record, this man is time, he buys you time. He sends you to another world where all the best musicians take you in need. To be thrown into his time machine in real time is not only an honour, it’s a journey most will never forget.

Help Me Rhonda and Surfin’ USA brought the house down amongst the encore as the band were joined on stage by two children playing tambourines. It’s a beautiful touch. Hits like these are priceless, timeless wonders and we should be thankful of the effort that goes into a production like this tonight. Thank you Brian, may the curtains always be open for you and the gang, let’s hope you make it back to the UK again sooner than later. 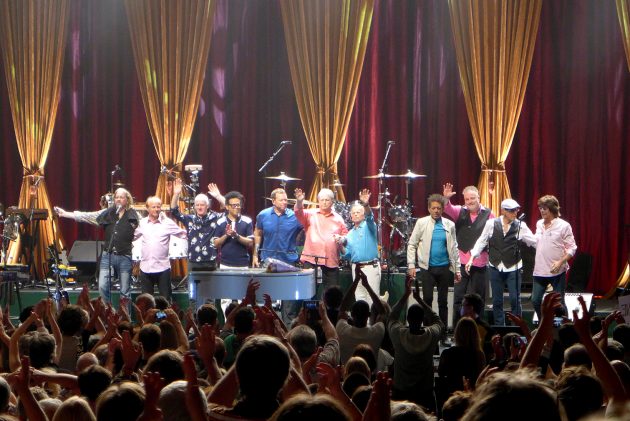