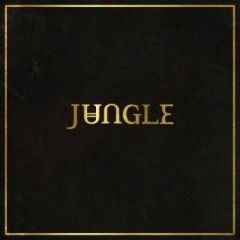 14th July 1789. It is morning on the streets of central Paris. Leagues of the oppressed working-class rise up against the abusive monarchy, storming the gates of the infamous prison-fortress ‘The Bastille’.

225 years later it is surely no coincidence that the London based duo Jungle are due to drop their debut album on that very same day. Is anyone else tired of these relentless Bastille Day anniversary releases?! No?

Ahead of Jungle’s debut album, released today, ‘Time’ appeared online. This single encapsulates the sonic pallet that Jungle has to offer. Warm, mid-tempo, mid-70’s grooves that lurch and push you along, with sporadic percussion and ethereal synth lines floating all around you.

To top it all off, you are guided by spectacularly uplifting melodies from the two octave apart lead vocals. It’s like the coolest people you know getting you to strut about town with them, arm in arm. The scene would not be too dissimilar to that cold morning in Paris when those groovy artisans took on the squares of the establishment.