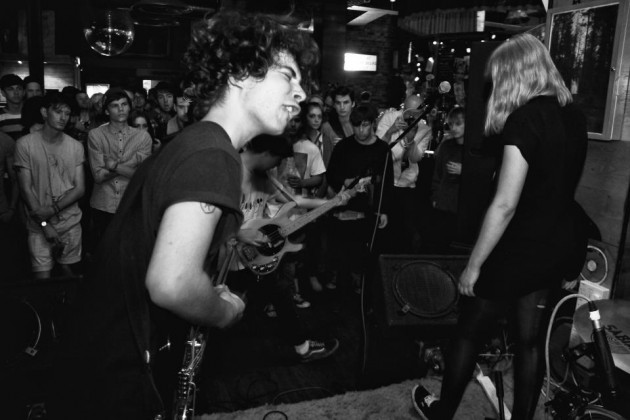 With barely two years under their belts Joanna Gruesome are set to release their raucous debut album this month. ‘Weird Sister’ is packed full of frictional feedback and fuzzy jangle, driven by fast hardcore drum beats this five-piece make an agreeable din. The Cardiff teenage noise-mongers agreed to let us ask them a bunch of questions about their new record and the obligatory ‘what ifs’. Click play to get acquainted.

Hats off to you guys on your debut, how long did you spend on this batch of tunes? Is there a primary song smith amongst you or do you write as a collective?

Owen: Thanks! Spent half a year on them I guess. Some of the songs are older though so maybe like a whole year? I write most of the songs but there is some collective shit going on. The song “Secret Surprise” was written by me, Alanna and Nicholls for instance.

And you’ve been going for around two years now, right? How did you all come together as Joanna Gruesome?

Owen: Yeah, about two years! We met in an anger management class.

Over that time you’ve coined your own breed of lo-fi scuzz, but what/who are your influences outside of indie music?

Owen: I’m kinda peripherally influenced by a lot of trad folk- stuff like Anne Briggs, Dick Gaughan, Lal Waterson, Shirley Collins and more contemporary folk stuff like Alisdair Roberts and The Trembling Bells. Mainly because I listen to it a lot and grew up with it. Then stuff like Arthur Russell and a lot of disco and Detroit techno. I also listen to a lot of really commercial pop music like Taylor Swift et al and then more dissonant stuff like Jandek and The Shadow Ring to balance it all out. A lot of black metal too and a lot of Converge. Obviously growing up with the internet we all listen to a load of different shit but I guess that’s the stuff that comes to mind as a direct influence to the band outside of d.i.y indie pop/indie rock music.

A load of new bands are instantly deemed by critics as sound-a-likes because of their influences, but this seems irrelevant considering your eclectic taste. Still, are these armchair warriors something the band pays attention to or does it not matter to you?

Owen: Haven’t met any yet! I think there was a certain amount of 90’s homage going on when we formed the band but I think on this record we just sound a lot more like ourselves if that makes sense? 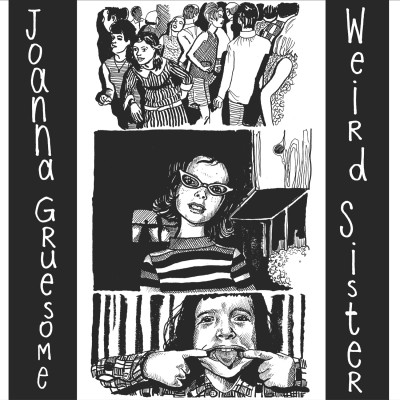 It does! Weird Sister strikes me as an expressive record where nothing seems off-limits. Could you elaborate on what this album is all about?

Have you always kept a DIY approach in the past when it comes to recording? How was it jumping into a larger studio this time around and working with MJ from Hookworms?

Owen: Yeah before this record we just recorded in a living room with our friend/former drummer Matt (now in the awesome band Plaids). We were kinda tentative to record in an actual studio but we totally trusted MJ and it worked out really well. He’s produced loads of good shit, we share the same taste/ethos and the studio’s right by this takeaway where you can get a falafel wrap and chips and a drink for £4!

When you’re not eating falafel you guys gig loads. It seems you’re building an impressive reputation for raucous live shows. What is your favourite track to play live and why?

Owen: I like playing ‘Secret Surprise’ cause it’s the easiest and you can hear Lan’s vocals over all the feedback.

Aside from the usual collective you share the stage with who would you love to go on tour with?

So what’s going on over summertime for Joanna Gruesome, any festival appearances you guys are particularly looking forward to?

Owen: We’ve already done most of our summer stuff! But we’re on tour in September to support the album release. Other than that, me and Lan are touring together in our other bands, ‘King of Cats’ and ‘Ides’, through August.

Finally, if you weren’t all playing in Joanna Gruesome, what would you be doing?

Owen: We’d still be putting on shows, releasing records, releasing comics, generally trying to contribute positively to UK d.i.y and our friend’s bands as much as possible. But I think we’d use the time that is now allocated to being in Joanna Gruesome and the money saved to fully concentrate on pursuing our enemies. 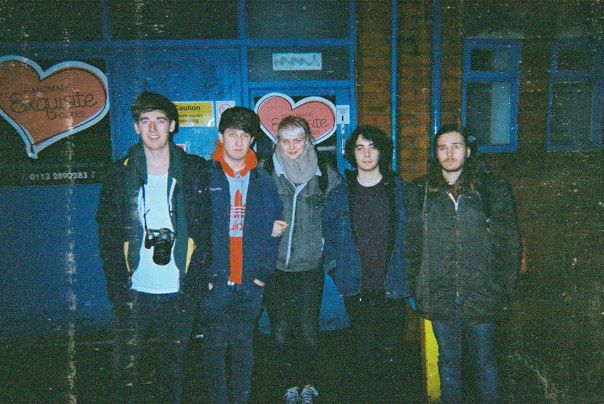 Weird Sister is due for release September 16th on Fortuna POP!