When you think of the word ‘punk’ most people would probably not consider Italians to be in the top five regions famous for it. Look further though and you will find some underground treats like Wildmen here, a duo with a mission to keep the garage-rock flag flying in a country where the punk scene from old concentrated heavily on the subject matter of depression and the proletariat; the scene was politically motivated, sexually charged and fueled by that good old Italian blood found in no other country.

Made up of Giacomo Mancini (guitar) and Matteo Vallicelli (drums/vocals), Wildmen have a solid groove and can kick out a decent jam so we asked Fabiana Giovanetti to introduce them to you.

I know you have been also in some punk and hardcore bands. Which bands have you played in, what do you think you learnt from these past experiences?

I played in a couple of hardcore punk bands and still play with a band called Smart Cops. I think I learned a lot from the hardcore scene. Especially from touring. It helps you maturing the right attitude towards life in general when you have to sleep in a German squat full of rats and stuff like that.

If you had to describe your music in just three words, which ones would you pick?

How much has the 60s garage-punk influenced your music? Is there any garage band in particular that you are drawing inspiration from, or are you influenced by other genres?

Of course we dig 60’s garage punk. Every band on compilations like “Nuggets” of “Back From The Grave” was a great inspiration for us but we don’t give a shit about the “garage revival” thing and don’t want to sound like them. We are very open minded and we listen to anything – even hip hop or techno…

There was this kind of saloon rumble in a bar in Trastevere (Roma). We were there and took part in the fight, and we became friends.

Why did you decide to record Wildmen in analog instead of digital?

We knew these friends who had this studio and decided to work with them cause we really liked their productions. It was very natural. Besides that, the tape has a warmer sound and we like it. We were very happy with the results. 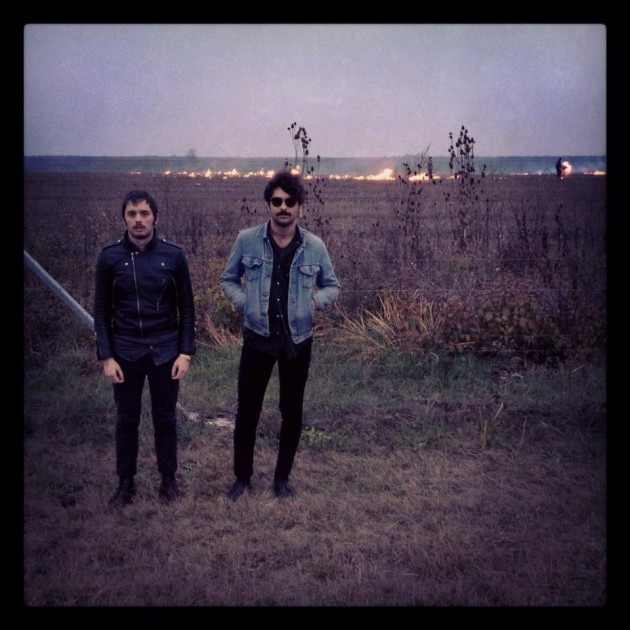 You are now collaborating with Shit Music for Shit People, a label that is highly focused on the records and the artwork. How much is the product itself important, when it comes to a release?

It is very important to have records that sound but also look good, cause it’s easier to sell! Hehe… And you need to sell records when you are on tour. “Cash rules everything around me”, you know.

Was it your idea to suggest and use Francesco De Figueiredo’s art for the cover of the album?

Francesco is a good friend and we decided to work together. Again, it was very natural. We are really satisfied with the artwork he did. In fact, you couldn’t tell it’s a garage punk record. It looks more like a 90’s techno 12″ and we like this.

How much of the punk attitude you deliver when on stage? How is the chemistry between you whilst playing?

We just play really hard, trying to sound as big as we can even if we are just a duo. We need to concentrate on the show. I guess we are more “punk” while we are not playing, actually…

Do you have any interesting/embarrassing anecdote about a gig to share with us?

There are several, but since they all concern girls, drugs or faeces we prefer to keep quiet. 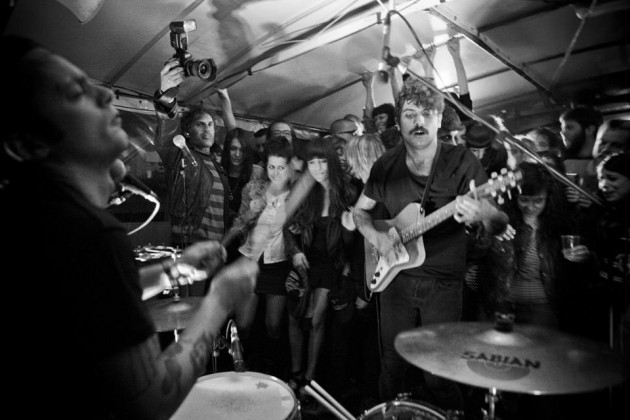 The apocalypse is coming and you have to put one track into a time capsule to preserve for future generations, what would it be?

“Be My Baby” by The Ronettes.

When you are not busy writing and performing with Wildmen, what do your daily lives look like?

Which are the main appointments in your agenda for the rest of 2013?

We are going on tour in Europe again in May and then start writing a new record.

Wildmen’s debut self titled album is out now vinyl 12″ and digital download via Shit Music For Shit People. Fill your ears and buy the album from here.