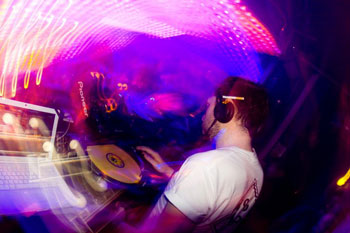 Right now clubs all over London are wiring their speakers to turntables powered by the late 90s as two-step, funky garage and rolling house beats are making a huge impact on clubbers as the dubstep sound becomes rinsed and wobbles it’s way outside. It’s the sound that hip indie groups are craving for the b-side of their record and if they’re lucky, mega-production troupes like C.R.S.T might take their collection of sharp, warm synths and back-to-the-future garage beats to it.

They’ve already knocked out one of the dopest, most uplifting remixes of the year for one of the only sensible selections for the Mercury Music Award, The XX. Annie Mac has been further blogging their bouncy re-imagination of Count and Sinden’s summer indie/dance crossover hit ‘After Dark‘. The sound that this eclectic South Wales production collective (each member comes from a background of dabbling in various corners of electronic music) is most definitely on the up.

Stanley caught up with Rodski who spends most of his time being one quarter of the C.R.S.T crew, one half of DJ powerhouses Chesus and Rodski as well as being Cardiff’s biggest skateboarding DJ. Read on to learn more about the importance of blogging, why brostep sucks and how DJs are capable of telekinetic powers…

How long have you been DJing?

When did you meet Chesus?

I met Che about three or four years ago while we were both working in Size? in Cardiff.

How often do you two DJ together now?

We only play together as CRST now, we’re chilling for the Summer but we’ll probably be playing two or three shows a week once the students get back.

How did C.R.S.T come about?

We just all went down Tony’s one day to mess around and found that it worked out really well as four so we stuck with it.

Who does what in the group? Four-man production crews aren’t too common…

We just all do whatever needs doing at the time. Live we’re pretty much the same as any other DJ set except we have a pissed up roider onstage to keep things interesting, ha.

Briefly describe what exactly is the music you make…

Garage. Not Future Garage, just Garage. And some house, haha. 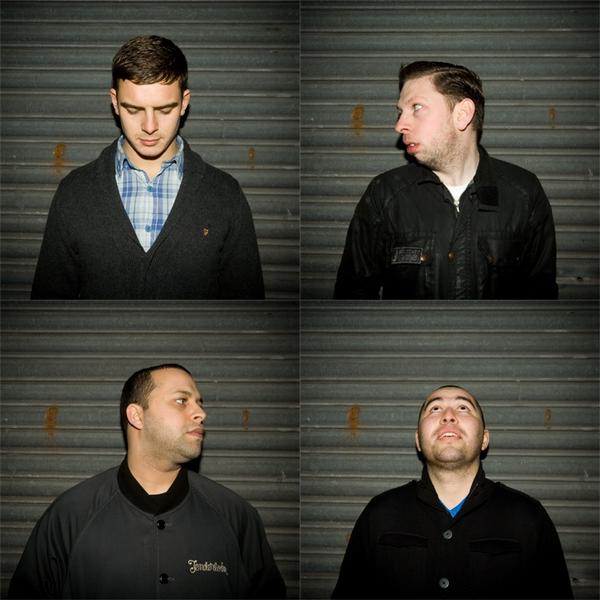 What does Chesus’ hip-hop experience as ‘Metabeats’ bring to the sound?

B-More has always had a place in club music, but in the latter end of the decade we saw it become a bit of a trend after Diplo and others made it more popular. That’s passed a little but do you think that B-More could ever be unpopular?

Well, pretty much all the new hip hop and R&B stuff that’s in the charts is essentially Baltimore club. As soon as they get bored of it it’ll die off. Theres only so many 80s classics you can run that break over…

I like some of it, just not all this bait bro-step stuff that all the students are bumming. It gives me a fucking headache.

You’re probably one of the most prominent DJs in Cardiff right now, what’s the club scene like there?

Shite. Without the students it’s dead but that’s the same all over. It’s getting better but still not a patch on places like Bristol and Leeds. Bigger Than Barry is always good. The night they do at The Mint in Leeds is madness.

You’ve supported some pretty gnarly acts, who has been your favourite to play with?

What are your top three records right now?

Any Hudson Mohawke, all the new Girl U.N.I.T. stuff and Ganja by Scratcha DVA 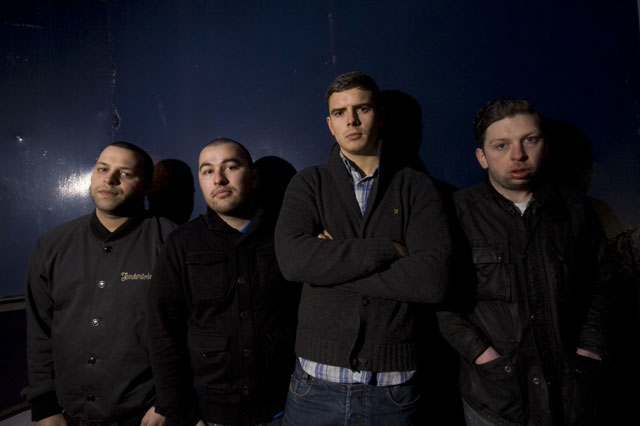 Blogs and regular charts seem to dominate and dictate DJs playlists, what’s your opinion on the influence of blogs, is it a good thing or does it take away the special something of going to record stores and seeking out rare gems?

Without blogs there would be no way to get stuff out to the public and overseas, so blogs are definitely a good thing as long as they don’t bootleg stuff.

Tell us about the radio show you do on Sub FM, who’s running it and what’s a regular night like…

We do 3-5pm every other Saturday afternoon and play pretty much whatever. Biggups to Whistla for running the station and supporting new music.

Tell me, what’s your favourite garage track of all time?

Haha I dont know, anything by Todd Edwards is up there.

Okay I can dig that, how about the best drum beat you’ve ever heard and the best break to sample… 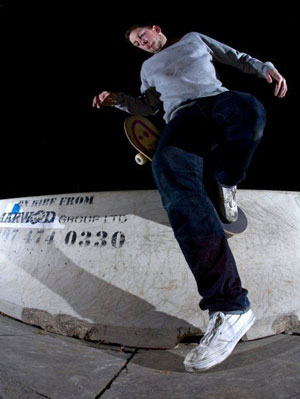 You’re welsh skateboarding’s most famous DJ, who’s killing it in Cardiff right now on the board?

Did Dykie snake your wallride footplant trick in May’s Sidewalk?

A lot of arsey people would combine the bikes, the boards and the turntables with being a hipster. What would you say to these people?

Fuck off you stupid cunts.

You went on Clever Vs Stupid… you won the mind power race car thing right?

Yes, because I am an evil genius.

Lastly, what’s coming up this year for you?

We got about five releases out in the next two months then three EPs and possibly an album on Cheap Thrills starting from August, plus loads of remixes and shows. Fun times!

Any shout outs and biggups to make?

Thanks to all the labels, DJs and friends who’ve helped us along the way. And to Lau’s in Cadoxton for general excellence in fried cuisine…

You can download C.R.S.T’s funky garage flex Dubplates 2 mix for free directly below this sentence. Scroll down a little more for the tracklisting…