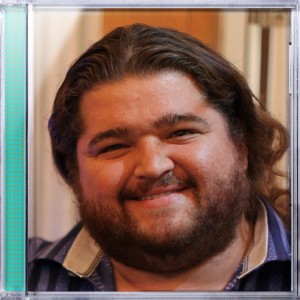 The release of Weezer’s last album ‘Raditude’ seemed to pass by with a bit of a whimper following the initial excitement at the brilliance of its album cover. We liked it but many didn’t. An album that divided opinion, if you will. Therefore, it’s really quite exciting to see the buzz of anticipation that has surrounded the release of the band’s eighth studio album. This has been fuelled by their incendiary appearances at Reading and Leeds festivals, a solid first single from the record, a bizarre choice of album title and cover and the band’s newfound affiliation with an independent record label (for the first time) – the mighty Epitaph Records.

I think it’s safe to say that many Weezer fans dare not get themselves too excited about any forthcoming release from the band. Despite never failing to have a few amazing singles on each record, the band have been known to fall short of many people’s expectations in the album department. That’s not to say that any of them is bad per se, but expectations are always going to be ridiculously high for a band that started their career with the master stroke of genius that is The Blue Album. However, Weezer have persevered. And thank god. Rivers Cuomo seems to have gotten over the insecurities that have plagued him on and off throughout the band’s career and is now just thoroughly enjoying himself. This enjoyment is really evident in the new album which sees the band using a bit more grit and guitar-driven oomph in comparison to their last two albums. If you had to compare it to any of the band’s previous full-lengths, I think it would be fair to say that ‘Hurley’ fits in well with the Green Album era of sound. Although there are marginally fewer straight-up guitar solos and rather more rocking riffs.

The first single ‘Memories’ kicks it all off in an adequate fashion, though this is far from the best track on the album. It’s evident from the outset that Weezer have started leaning further back towards their roots for this record and this is something that everyone’s no doubt going to embrace. Things get really interesting on ‘Unspoken’, a track which starts off kind of mediocre and slow and then really kicks in with scuzzy guitars and a step-up in tempo halfway through. There’s definitely something thrilling about this song as it goes against all the neat and tidy pop-rock songs which Weezer have become known for (and loved and loathed in equal measures for). ‘Where’s My Sex’ continues the rather out-of-the-ordinary song structuring with some further wild changes in tempo. Yes, it’s a bit ridiculous. But nobody’s going to begrudge these veterans of rock music the chance to go off on a tangent every now and again. It’s what has kept their career fascinating, if a little inconsistent, for all these years.

The ending track ‘Time Flies’ is a little bit of a disappointment in comparison to the rest of the album and leaves us on a slight downer. But really, ‘Hurley’ is the sound of a band back at their very-nearly-best. They’re still going to get out of control and surprise you every now and again. But they are back to writing some of their best material yet. Now let’s just hope for some serious touring because we all want more of what went down at Reading and Leeds. And I don’t think anyone would complain if they added a few more songs from ‘Hurley’ into the mix once we’ve all had a chance to learn the words. Bring on the singalongs!