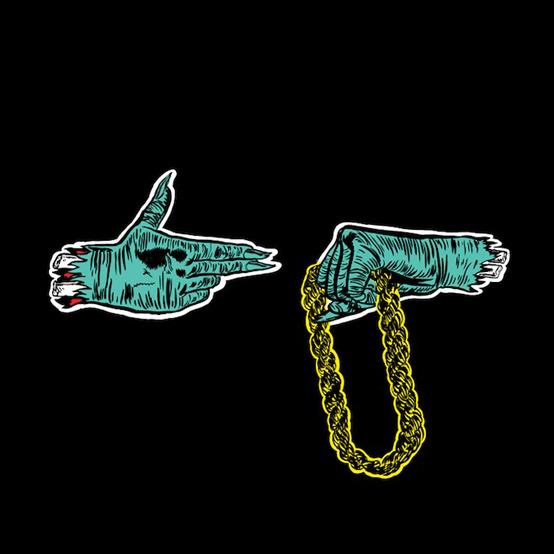 El-P and Killer Mike is such an explosive combination, it’s almost too good to be true. We glimpsed it with El-P’s production skills on Killer Mike’s R.A.P. Music but their combined lyrical genius on Run The Jewels cements theirs as one of the most exciting collaborations in hip hop. Full stop. Each has a unique vocal quality and flow, yet they complement each other entirely and the crunching electronic production is so satisfying pumping through your speakers. Run The Jewels also walks the line between clever lyrical nuance, and out and out crass content expertly with some truly immense lines throughout.

There will be no respect for The Thrones
No master mastered these bones
Your idols all are my rivals
I rival all of your idols
I stand on towers like Eiffel, I rifle down all your idols
Niggas will perish in Paris, niggas is nothing but parrots

‘Banana Clipper’ features a guest turn from Big Boi who slots cleverly into this dynamic and a skit-driven turn from Prince Paul adds yet another facet. But really, all you want to hear is Killer Mike and El-P bouncing off each other in glorious rap unity.

Kanye’s album is interesting but this is out and out bangers. Download now. For free.