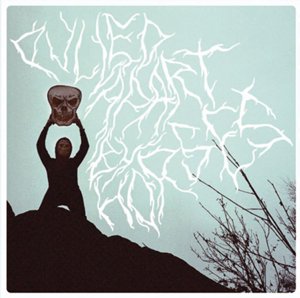 If you’ve followed the progress of Pulled Apart by Horses over the past two years, their self-titled debut shouldn’t come as much of a surprise.

The majority of the tracks have been set-list regulars since the band’s very early days; a few of which have been previously released in a different form, and others which fans will undoubtedly recognise from their live show. While some might consider this retreading of old ground a failing of Pulled Apart by Horses, I would argue that this is precisely what makes it the thrilling debut that it is.

Clocking in at just over 35 minutes, the eleven songs contained on PABH have been condensed, road-tested and significantly accelerated to recreate the raucous energy of their live performances. While the band could probably have holed themselves up in a studio and squeezed out an album’s worth of new songs, here we have a record that the band (and their fans) has lived with long enough to feel comfortable within. Old singles “Meat Balloon” and “I Punched a Lion in the Throat” might feel familiar, sure, but they’ve never sounded better and more polished than now.

Out of the new tracks, highlights come from “I’ve Got Guestlist To Rory O’Hara’s Suicide” and the equally brilliantly titled “Yeah Buddy”. The former is a snarling, straight-up punk number, frantic from the off before breaking down into its glorious shouted refrain – “Enjoy your fucking misery!” The latter, meanwhile, is the closest the album comes to a genuine pop crossover track, with good use of backing vocals and strong riffs as ever.

If its riffs you’re looking for, incidentally, you’ll be able to dine off this album for a very long time – or at least until they get around to recording a follow-up. The 7 minute “Den Horn” quite appropriately closes the record by taking the pick of these, and hammering it out for most of the songs duration. As the feedback trails off you should feel thoroughly battered and bruised from Pulled Apart by Horses, but it’s unlikely to stop you reaching for the play button again.

2 thoughts on “Pulled Apart By Horses”