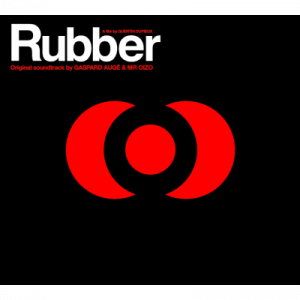 Quentin Dupieux, known to most as Monsieur Oizo, has done something I’m sure many of us wish we could. That is, making a career out of being something of an amazing dickhead. His greatest success came in the form of a bassline he made while messing around with analogue equipment for a couple hours and a Jim Henson creation that caught jaundice and narrowly avoided getting run over (such is the ‘Flat’ in Flat Eric). His latter – brilliant – albums are an aural assault of disco, jazz, funk, IDM and techno that come in the form of something so unmistakably french it’s basically the musical equivilent of that scene in Gaspar Noé’s Irreversible; each note or horn sample hitting the eardrums just like a fire extinguisher to the face. The next step couldn’t have seemed more natural: making a film that celebrates the ‘no reason for this’, ‘for the fuck of it’ and ‘why the hell not?’ mentality of so many superb french directors by basing it on a telekinetic tire that rolls around on an on-going killing spree.

Having an accomplished musician direct a film makes one thing more or less guaranteed: one shit-hot soundtrack. For this, Oizo called upon label buddy and one half of Justice, Gaspard Augé… and his influence is as blatant as it is effective. Gaspard’s subtle, but breath-taking obsession with evocative melody and bold piano pieces somehow blends with Dupieux’s idiosyncratic eccentricity wonderfully. The quickfire title track and the Kraftwerk-inspired Tricycle Express could easily have been singles off both Lamb’s Anger and Cross respectively, but when the pair come together strongest: on tracks like the piano-driven No Reason, the sleaze-injected melancholy of Sheila, the flutey vastness of Polocaust and the perfectly phased italo-horror-disco of Everything Is Fake, makes the listener wonder why the pair don’t work together more often.

At a running time of just thirty minutes, the album is a solid example of why it’s good to have not quite enough. The album is expertly crafted for more than a few rewarding re-visits; but more importantly, it confirms a couple of things: Gaspard Augé can write majestic melodies and Dupieux can release something fully realised and uncluttered, if he wants to. Buy the soundtrack to Rubber and you will hear a collection of some recorded stuff, all of it is good.