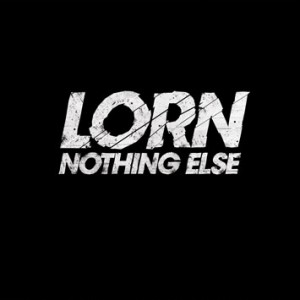 With the current wave of electronic music becoming increasingly impressive, it is no easy thing releasing a record on the Brainfeeder label, housing as it does the likes of Flying Lotus and Gas Lamp Killer. That Lorn stands alongside these hallowed names says a lot about the talent of the Illinois producer.

Having been described by Crossfire’s Sleeky Lion as “a cross between Nosaj Thing and Starkey”, Lorn most certainly flits between both worlds, taking in Nosaj’s often-haunting atmospherics whilst sporadically dropping in Starkey-esque heaviness. But that shouldn’t be the sole description of this excellent album, as the depth of the beats mean he’s not simply grabbing stems from his peers.

None An Island, the second track on the album, sets the tone of what’s to come perfectly, with its staccato introduction which quickly becomes enveloped by the fuzziest of basslines before the aforementioned Nosaj sounds blends in with synths developing the melody. The percussion that runs through the album is also well worth nothing with the rolling snares of Army of Fear bringing a resolute backdrop to the eerie synths and jarring keys, which, though appearing sparsely, give an eye-opening dimension to the track.

The album isn’t necessarily 80s influenced, but tracks such as Greatest Silence, Void I and Void II could easily have been the theme tune to a Blade Runner sequel. Indeed, the latter two tracks could easily find themselves as a soundtrack to some dystopian wasteland played whilst rumbling across deserted tarmac.

Encompassing both melody and atmospherics, Lorn has stamped his mark on the world in a defiantly impressive debut. Definitely one to check out.