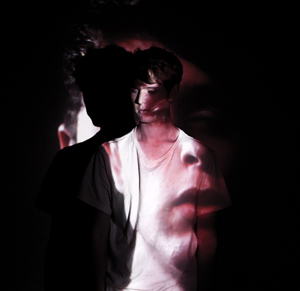 There is something about James Blake, London’s bedroom producer-de-jour every damn day for the past year and a half, that is a little unsettling. Perhaps it’s that listening and watching a producer progress in such a bizarrely natural way makes it impossible to not fear that the sickeningly young musician from London has in fact planned this gentle build up of reputation and style all along and has a mind so meticulous and forward-thinking that he could make the London music scene cave in on itself at any given moment. It perfectly mirrors his approach to beat-making; from the unassuming nudge of bass, to the swirling fog of vocal samples (often by himself), to the exact moment when you realise he has you caught in a sonic trance.

His latest release, the cover of Feist’s Limit To Your Love may sound on first listen nothing like hissy the lo-fi buzz of RnB mixed melters made under the Harmonimix pseudonym, nor the heavily layered twists and turns of CMYK and Air And Lack Thereof, but it’s unmistakably his first step into a territory he’s made exclusively for himself. His warm voice softly meandres its way through a reinforced piano backbone as gently as a spectre glides through walls, and the overpowering bass bubble and drum kick that adds something so minimally brilliant that I almost hate the musically gifted bastard. But as the melody slowly shifts and the hook comes back at a perfectly planned moment you can’t help but want more. In just four minutes Blake introduces us to what could be a new era of urban sound for London; furthermore, it reflects what he’s been doing for the past year: slowly appointing himself the unofficial voice of a generation that hasn’t even been given a name yet.

Limit To Your Love is out Monday November 8th through ATLAS Recordings.