Frontier(s)
There Will Be No Miracles Here
No Sleep Records 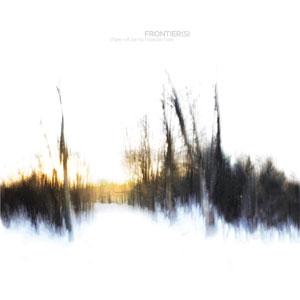 Chris Higdon, who used to front emo pioneers Elliott, is now the voice of Frontier(s), a band with few songs to their name as yet but a band who definitely deserve your time. Those who are familiar with Elliott’s yearning vocals and walls of guitar-driven sound will have some idea of what to expect from Frontier(s)who basically pick up where the band left off. There was definitely an Elliott-shaped whole in the music scene today and Frontier(s) are more than qualified to fill it.

This band’s soaring melodies and inimitable ability to encompass darkness and light with a searing guitar riff followed by an expanse of solid sound makes for an addictive sound quality which makes it hard to take debut LP ‘There Will Be No Miracles’ off the stereo. The record has an almost introverted feel, despite its melodic scope and weighty soundscapes. Its post-rock type of expansiveness sends shivers down your spine and there’s something ever so slightly more sophisticated about Frontier(s)’ approach to crafting music in comparison to Elliott. This certainly has something to do with advances in production since Elliott’s day but there is also a more worldly-wise feeling about Higdon’s lyrical and musical approach. It has been seven years after all!