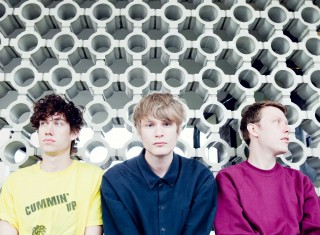 Even as a two-piece, London’s Crushed Beaks harboured a wide and expansive sound on record, now joined by Scott Bowley on bass duties, their chugging riffs sound mightier than ever before.

Let new single ‘Rising Sign’ set the standards – two and a half minutes of relentless chord bashing leaves your ears under severe tension, yet the sugared tones of Matthew Poile’s vocal cut through the mix with vigour, hurling his simple but sincere mantra into the foreground.

‘Rising Sign’ is taken from Crushed Beaks’ upcoming debut album Scatter, due for release on February 9th 2015 via the band’s own label, Matilda Records.