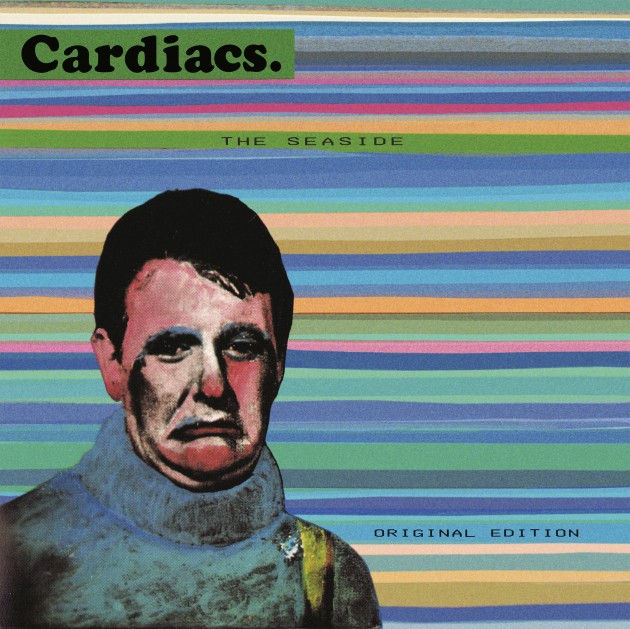 I was once a Little Man aged 11 looking out of my Little House through my parents Whole World Window. It was a beautifully innocent time hanging out in the burbs of Surrey, riding my BMX after homework through wet leaves and spiky conkers, not giving a hoot about anything. The stereo in my bedroom played 7″ records from Adam Ant, The Jam, The Specials and Madness, slabs of vinyl bought on a Saturday afternoon in the little independent record shop in our hometown of Sutton. Chick-a-Boom, was owned by an overweight biker who sat behind the counter with a huge beard. Aside from his overwhelming presence I loved the smell of the vinyl there, as opposed to the big store on the high street they called Woolworth’s, where my Mum preferred visiting for her records. Collecting music weekly became something special but as you know, the Whole World Window is a very special and endless space – where discovery, is everything.

Somewhere hidden in the suburbs of the same county in 1984, Cardiacs were preparing the release of their original cassette of The Seaside. They were only a few miles down the road. Their off-the-wall, psychedelic punk rock was being distributed to the ears of the chosen few throughout Kingston Uni and the suburban alternative pubs like The Mill and in other small towns nearby in Surbiton, Teddington and beyond. Little did I know that a few years later just one sniff of Cardiacs’ musical drug would change my entire life, forever.

Trying to explain Cardiacs’ sound to those who have never heard them before was always difficult. Like Victorian funfair music in a knife fight with John Carpenter; an horrific, terrifyingly exciting sound that should be used for torture purposes, they said. It wasn’t for everyone, but I wasn’t everyone, I fell in love on first play and made it the soundtrack to my life. We had a crew of us at school who worshipped the band but most people thought we were weirdos. This was a local band, one that our brothers had past down the line to us and we totally enjoyed being those weirdos. It was an honour to wear that badge…with the flower on it.

Cardiacs’ live shows were like anti-theatrical minefields that detonated every single explosive part of your brain. They left you in tiny pieces, excelling you to the verge of heart attack with excitement whilst every breath of air around you (and a huge fan) pushed tiny pieces of confetti into the air creating a dream-like scenario – kinda like the best acid trip of all time but without the strychnine come-down. And so it began, my Cardiacs virginity was taken at NESCOT college on February 10th, 1989 and it left me turned completely inside out. I remember leaving that room feeling like a lost dog, confused, horny and wreckless, with my lipstick hanging out. Only Cardiacs fans are going to read these words so you know exactly what I’m talking about. The question is: Where did you lose yours? Tell us in the comments at the end of this waffle. 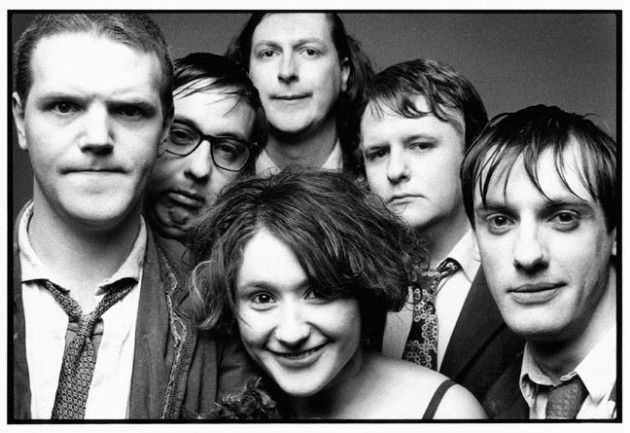 William D. Drake’s keyboard prowess, Dominic’s incredible precision drumming, percussionist Tim Quy’s vital inclusion, Sarah’s huge smile and her mighty presence on sax all made the shows shine like nothing else. Jim Smith’s bass playing, down trodden persona and incessant bullying, dished out by brother Tim, made the show the most unnerving experience I’d ever seen. Tim’s ranting, swinging of his guitar and insane facial expressions was pure madness, but oh so controlled and delivered like a pro. All other bands playing live at that time in Ewell seemed boring and pointless, so finally I had found Armageddon in music form and it became an instant obsession. I hit the road to as many Cardiacs shows that I could get to with my new driving license and crappy brown Ford Fiesta. It made for a decent bed after the gigs finished too.

The biggest problem with my new found addiction was that their Seaside album, released on cassette, seemed to be some sort of myth. Kind of like what Animal Chin was for skateboarders; you couldn’t find it anywhere but it left inspiration with everyone who came in contact with it. The internet and mobile phones didn’t exist of course – just fanzines, the fan club and record fairs, so I searched far and wide for The Seaside (The Obvious Identity and Toy World) until a friend’s friend of a friend came good with a blank TDK D60 copy. All I ever wanted were the originals though and to this day they still evade me. The CD re-issue in 1995 (and 1990) were must-haves but a few of my favourite tracks from the live shows didn’t make the pressings.

Hearing ‘Dinner Time’ on the new re-issue today made me bounce off the walls. It was like discovering Cardiacs for the very first time again. Similarly, the mesmerising riff of ‘Nurses Whispering Verses’ was always a favourite live (alongside the chaotic punk rock assault of To Go Off and Things). These were rare gems in between the epic singles, ‘Is This the Life?’ and ‘A Little Man and a House’ – both legendary works from the amazing songwriting and production skills of Tim Smith. It’s very rare to find talent like this man was blessed with. Tim created another planet through his own World Window that we could all see, feel and touch – like nothing we had ever discovered before, or have been close to discovering since.

It breaks my heart to be reminiscing all of this right now knowing that Tim is unwell and has suffered through illness. Even though Cardiacs’ music is played weekly in these parts it always leaves me praying for his health – and I’m no religious man. He changed people’s lives forever and we are here right now to give it all back. I doff my hat to Tim Smith. Sir, you are a true musical legend. 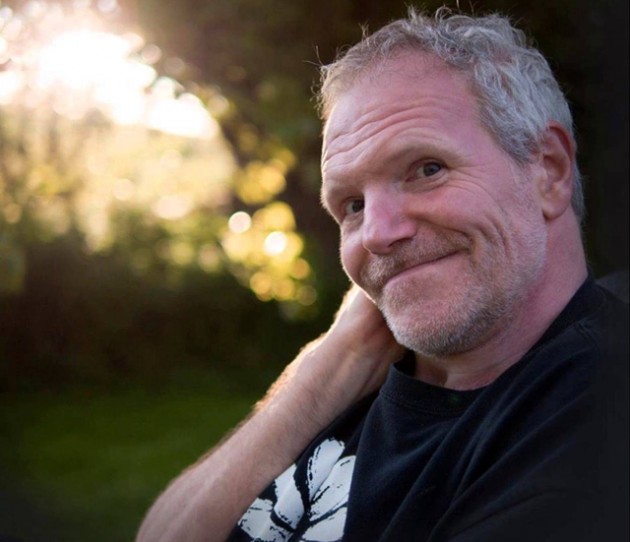 These words were written ten minutes after the album finished from hitting my email account today. The fingers did not stop, the memories came too fast and I just had to spit everything out. The re-issued record will be coming out via the Alphabet Business Concern on November 30th this year with those 4 tracks mentioned above and the original running order on CD, double gate-fold vinyl – both cut from the original 1984 1/4″ master reel. There’s also a tasty boxset coming, with the inclusion of replica newsletters, (YOUsletters) a cassette, poster, Walker prints, lyric booklet and a beautiful photo book containing previously unseen photography.

Prepare space in your wonderful record collection next month to re-own some magical musical history and enjoy listening to ‘Dinner Time’ from this release that we have been lucky enough to unleash for you today. It’s a marvellous tune that has been missing from the Cardiacs catalogue since the cassette release of The Seaside. Pre-order the box set here.