Hailing from Orléans, France the Burning Heads notched up their 20th Anniversary in 2009 and wrap the year up by releasing their 10th studio album “Spread the Fire”. It’s an impressive run for a band that has done so much to carve out and support the punk underground in their home country.

I first came across Burning Heads in the mid-Nineties when they toured the UK with Down By Law, but it was the 1998 album on Epitaph “Be One with The Flames” that grabbed my attention, and woke me up to what a great band they were. I really connect with the music and the message of these French veterans. And with this new collection of songs they are still on top of their game, blazing thru 15 hot tracks that draw inspiration from the likes of Bad Religion, SNFU, Snuff, Dag Nasty, Hard-Ons, Adolescents and D.I. for some top draw driving melodic hardcore, packed with punchy riffs and powerful choruses…. and those with a keen ear will note some familiarity in the ringing guitar line of “One in a Billion” to God’s epic “My Pal”, beauty! And the Antipodean connection doesn’t end there… they close the album with an energised reprise of The Easybeats classic “Friday on My Mind” – sacré bleu!

All this musical goodness is coupled with a straight talking humanitarian communiqué, raising a voice for minorities, the displaced and dispossessed, the shallowness of market driven consumerism, and in turn the hypocrisy of government propaganda and warmongering. Clearly the Carla Bruni effect has not rubbed off on these guys!

It would be fair to say that I approach albums by bands I respect, not so much wanting to be impressed as not being disappointed. And this album did not let me down, one bit. 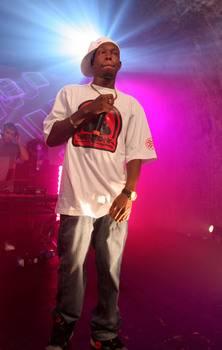 Dizzee Rascal has always had hits, that goes without saying. From pure grime I Luv U through Stand Up Tall to guitar based Sirens, he has shown he can rock over any beat and produce catchy anthems. The problem he’s had is that his albums tend to have a fair amount of filler, so whilst his Best Of would be brilliant, it’s hard to listen to an entire album without skipping tracks.

On his new record, Tongue N Cheek, the East London rapper has countered that with a fully listenable which covers the gamut from pop to dance and even managing to break out an 80’s sounding track without coming off like a trend follower. Indeed, whilst the lyrics are pretty standard fare – I’m awesome, I can get girls, I’m rich – it’s Dizzee’s off-kilter delivery and unbeatable voice that makes that seem unimportant.

It’s not just the sing-along potential of Bonkers and Dance Wiv Me that makes this album fun, its tracks such as Dirrtee Cash, Money Money and the fantastic Can’t Tek No More which switch it up and show Dizzee to be the versatile rapper he is.

Whilst the likes of Bizzle and Kano have fallen by the wayside, Dizzee goes from strength to strength and this is arguably the pinnacle of his career so far. He’s going to be here for a long time yet and as long as he’s banging out records like this, it’s going to be fun having him around.

This is – believe it or not – is the sixth ‘best of’ Faith No More compilation to be released, and if the title sounds a bit tongue-in-cheek, that’s probably because Faith No More intended it that way. The San Francisco quintet made a name for themselves by combining all manner of musical influences on albums like ‘The Real Thing‘ and ‘Angel Dust‘, but their gleefully antagonistic attitude and sarcastic sense of humour were the equal of any decent punk band. Just check the celebrities/charity-baiting funk genius of ‘We Care A Lot‘ for proof.

In terms of tracklisting, ‘The Very Best…‘ isn’t really that different from the 2CD version of ‘Who Cares A Lot?‘ (the original FNM compilation that was issued shortly after the band split in 1998), but it still makes for a good starting point. Understandably, most of the tracks are taken from the aforementioned studio albums, but there are also a few later-period gems (e.g. ‘Digging The Grave‘ and ‘Ashes To Ashes‘) and earlier, Chuck Mosely era cuts included for good measure.

There’s also a disc of B-sides and rarities included; and unlike with many such compilations, there are some genuine gems on offer here. Most notably, the punked-up ‘The Big Kahuna‘ and ‘Sweet Emotion’ (not an Aerosmith cover!) are far too good to be consigned to the cutting room floor; less essential, although no less interesting, is their attempt at German country on ‘Das Schutzenfest‘. Bizarre, indeed, but that’s Faith No More in a nutshell.

As you probably know by now, the band reformed earlier this year, and are currently in the middle of a European tour. What the future holds for Faith No More remains to be seen, but for now, ‘The Very Best…‘ represents a good chance to catch up on what you might have missed so far. Check out ‘From Out Of Nowhere‘ on the link above.

Cursive have always been a bit of a dark horse. Never really breaking through to mainstream prominence in the UK, their raw and slightly wonky approach to indie rock has spawned many a copycat act and their brutally honest music-making has clearly inspired many. Vocalist Tim Kasher has rather an unusual tone which is smooth and abrasive in equal measures. When he really lets rip on the higher notes is when you really feel his pain / joy but there is such a wide range of dynamics and nuances in his vocal that he really encompasses every emotion known to man.

‘Mama, I’m Swollen‘ sees the band revert somewhat to the days of ‘Domestica‘ with a slightly less shiney production. Having said that, lush instrumental sections such as the one implemented in ‘From The Hips‘ are still present echoing the musically ambitious parts of previous albums ‘The Ugly Organ‘ and ‘Happy Hollow‘.

Knowing how to write a catchy melody is one thing but the ability to corrupt this with wonky time signatures and unusual pauses without losing the vitality or appeal of the melody is an entirely different thing and one that only few bands are able to do effectively. This is what Cursive do so well, subverting perfectly good melodies with nuances of vocal, instrumentation or rhythm. ‘I Couldn’t Love You‘ is the perfect example of this knack of making the simple slightly more complicated yet still just as effective. Cursive also have the knack of crafting lyrics that are half abstract and half very easy to identify with. A line every now and again will make you think ‘oh yeah, I feel like that’ and then Kasher will sing ‘we may be donkeys but at least we have a tail to tell’ and you’ll be like ‘what? I didn’t quite catch that…’ So, it’s safe to say that this is a band who know how to engage listeners, create a tune AND keep things interesting both musically and lyrically.

‘Mama, I’m Swollen‘ is Cursive at their best, playing on heartstrings, evoking pain and joy, playing out a rollicking good tune – these are all things exemplified on the record and what is safe to say is that this band could clearly go on to write another 10 records. Their musicality and originality is not about to leave them any time soon. Wonderfully dark and perfectly crafted ‘Mama, I’m Swollen‘ is a must for fans and those who may not have heard of the band but like their indie-rock to have a touch of the bizarre about it. Cursive – truly emotional before the word emo became as sullied as it is today.

The popularity of ADTR has got to have a huge amount to do with those gang vocals and handclaps. There’s nothing quite as immediate or engaging than an emphatic group-chanting session or strategic, punchy handclaps. And indeed these devices work well in a live setting as audiences can shout along to their hearts’ content – case in point being ADTR’s recent and raucous sold out couplet of Barfly and Underworld shows (both completed in the same night, I might add). Well ‘Homesick’ opens with a veritable waterfall of gang vocals and handclaps proving that this band have a handle on how to please their fans.

This record was produced by Chad Gilbert of New Found Glory fame and he’s done a stellar job in realising the band’s potential as ‘Homesick‘ packs more than a punch. ADTR’s trademark gutteral growl vocals mixed in with supreme melody-making kick in to the max on ‘I’m Made Of Wax Larry…‘ However, this band’s take on sing vs scream works so much more efficiently than a whole host of other bands attempting similar things and ADTR never lose their sense of fun with ‘wo-oaahs’ abounding and even little sound effects like ‘polite coughs’ interrupting guitar chugs thrown into the mix.

But the fact remains that ‘Homesick‘ is packed full of chugging, melody-fuelled monster tunes that many an audience will be only to happy to sing their hearts out too. It’s a heady mix of pop-punk, hardcore and straight-up rock. Gilbert was perhaps the perfect producer pick in that sense, considering his current musical leanings and how he started out in the much more HC Shai Hulud. Just when you feel like you’ve had about all the chugs you can take on this album, a song will take a turn as at the end of ‘Mr Highway’s Thinking About The End‘ where the band bring out their softer side and strip it back to simple, gentle vocals.

This is clearly the sound of a young band growing up on the road. ADTR tour a lot and have spent much of the last couple of years on the road. Many of the songs pertain to this bizarre way of living and this makes for a cohesive collection of tracks. This record is the perfect setup to continue the camaraderie of ADTR’s live performances. And it’s a damn good album in itself. Time for a singalong follwed by a beatdown!

By now we’re all well accustomed to underground hardcore and punk bands not lasting long. One album, a couple of 7″ and a couple of tours sleeping in a van and eating nothing but cheese and bread later and they’re gone, onto the next band or, worse still, the lure of a proper job.

The Observers were one such band. Hailing from Portland, they made one great album, a couple of singles then stopped. Gutted. All is not lost, however, because in Red Dons we have a band that features Doug from The Observers and Justin from Clorex Girls doing an anthemic punk style that is similar to where the Observers left off, but somehow better and with more style and substance.

There’s a darkness here that recalls the blackened post-punk horror grooves of The Wipers, Social Unrest or later TSOL mixed with the glorious melodic rush of Naked Raygun, early Social Distortion and the snot-dribbled hardcore of the Angry Samoans or The Adolescents. In short, these are great punk rock songs played by a great punk rock band. What’s not to like? And now I’m kicking myself repeatedly in the balls for missing them when they toured through the UK this month. Sherry, you’re an idiot.