The BBQ is back and the shredding is inevitable as Nandos returns to UK skateparks for their xPERImental jams.

Pros, juicy chicken and free products will be flying your way at the following locations:

Peep the flyer below for more information and expect some more news to surface on www.nandosxperimental.co.uk nearer the time… 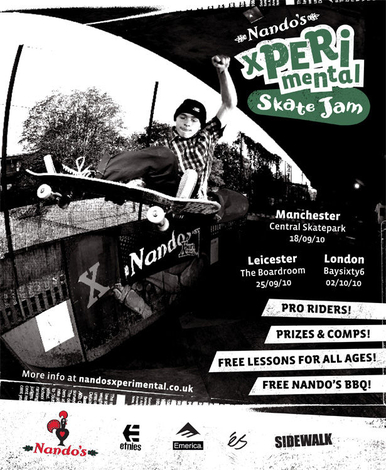 Dykie and Crayon Skateboards team riders Chris Jones, Korahn Gayle, Welsh Tommy, Dan Wileman, Paul Barber Cooper, James Coyle plus special guests will be hitting the road throughout August for their Summer tour. The team will be arriving at the Wheelscape built parks listed below from 1pm daily so get down there and support the cause as these guys are serious grafters and deserve it plus you are practically guaranteed an amazing session. 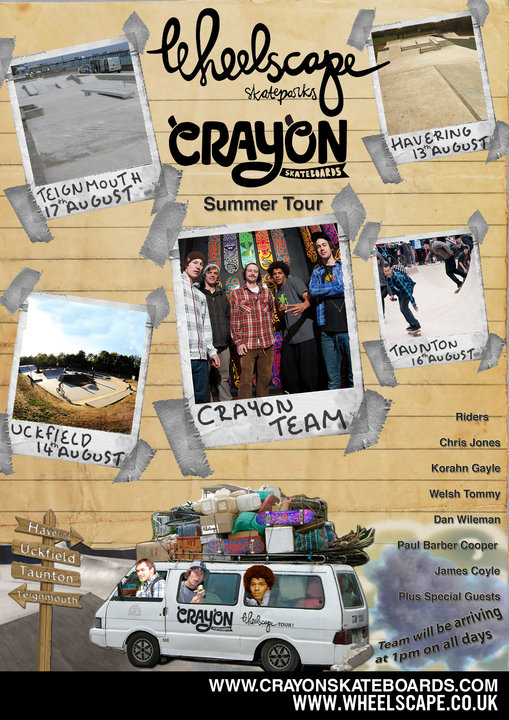 In what must be the UK’s first answer to Girl and Anti-Hero’s Beauty and The Beast tour, Lovenskate and Witchcraft play the role of the binary opposites as they embark on their Evil Vs Good tour.

Heathen are going on a trip round Scotland and just look at what they’re calling it… Faster Blood Axe, Kill! Kill!

This is almost unquestionably going to be the gnarliest tour since Holy Mountain. Scottish heads look out for Colin Adam, Daryl Nobbs, Lewis Threadgold, Ben Devine, Nick Roberts, Martyn Hill and Josh Walters who will be shredding the gnar and jerking off stalefish and KILLING IT. 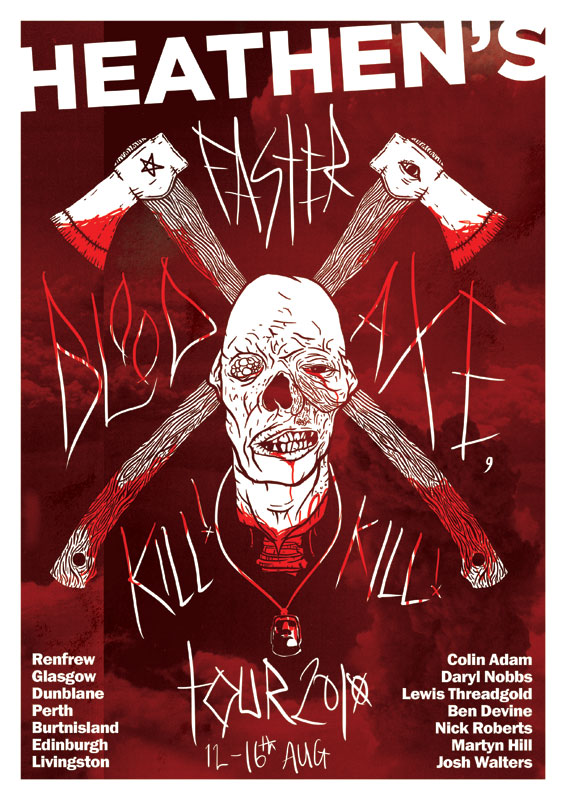 éS have just announced the UK dates for this year’s Game Of Skate comp.

Each round will be hosted by a UK skate shop with the winner of each event going through to play in the UK final in Manchester on September 5th. The overall UK winner will be flown to the European finals!

The list of skate shops hosting the qualifying games are below, be sure to contact the one local to you and get involved.

Vans have announced that this year’s comp at Wooden Waves will be on August 5th.

The Newquay park will be the host of a street comp and mini-ramp jam from 12-7PM and then it’s off to Belushi’s for the after party. Should be a riot so get down there, get hesh and get some sweet vitamin D in the south-western sun. 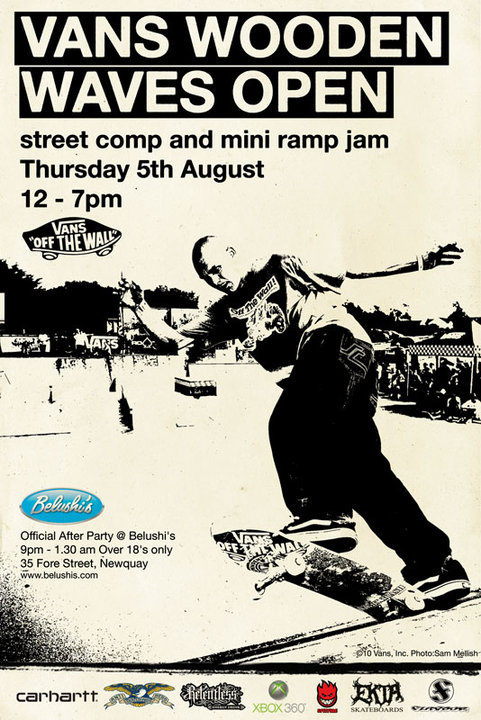 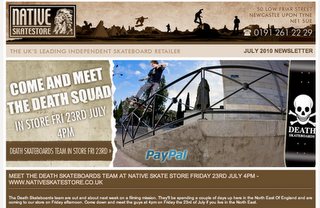 The Death Skateboard team are currently here, there and everywhere on a hunt for footage for their next video release. On Friday July 23rd (this week!) the team will be heading to Native Skatestore in Newcastle to hang out with the locals.

Newcastle heads get down there…

Make A Difference are holding a jam at the Buszy in Milton Keynes this month on July 30th.

South heads know that jams at the bus station are always a treat and if for some ridiculous reason you’ve yet to skate the plaza why not use this as an excuse to head down. They’ll be a variety of comps and prizes up for grabs, along with live DJs and MCs. See the flyer below for more info. 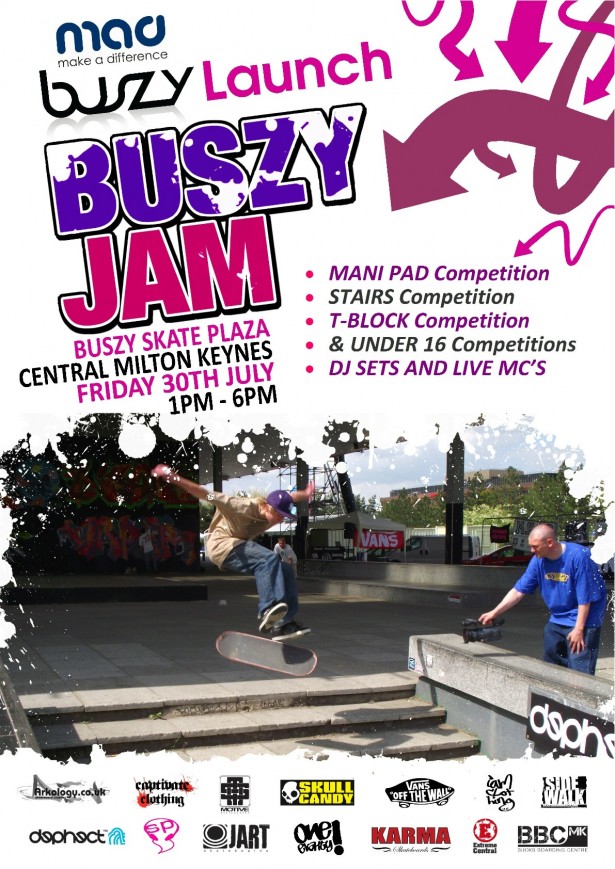 Christian ‘Pirate Man’ Hart has been slaving away the past few months for Cardiff Skateboard Club’s first ‘proper proper’ video ‘Join Us‘.

The video follows the groundbreaking (in the vandalism sense) path of the infamous lo-fi masterpiece ‘First Blood‘ and will be certainly filled with bangers from the CSC massive and other Cardiff locals.

So Welsh heads, make sure you have no other plans for Friday July 30th as Dempsey’s Bar is the place to be for the premiere – featuring appearances from a REAL pirate! See you there! 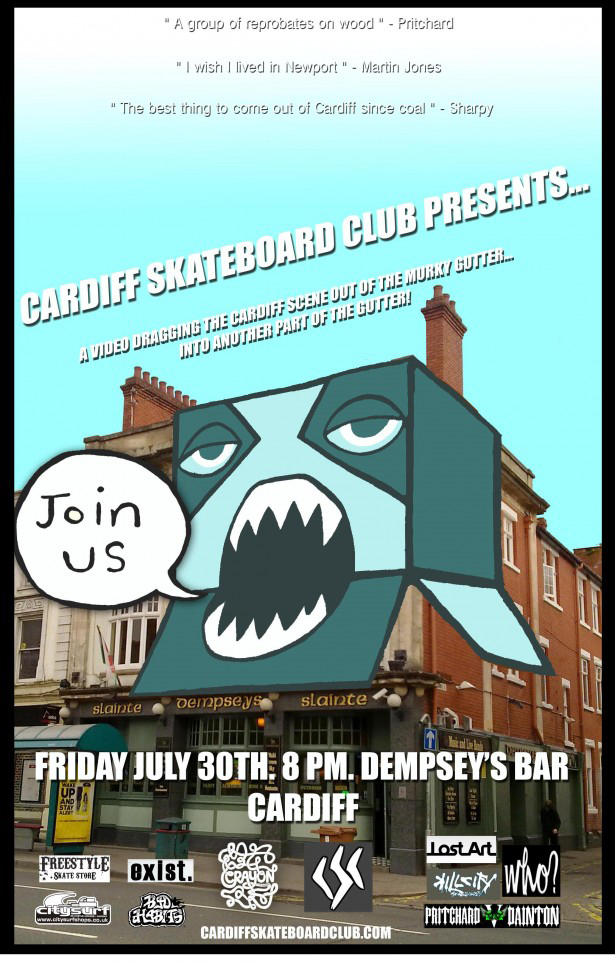 For three weeks this Summer Bay 66 will holding a holiday Skate Camp. Each day will consist of a full days skate session with tips and instructions from a variety of pros. The sessions will be from 10AM until 4PM every day and will be held at Bay 66 Skatepark as well as local parks such as Meanwhile Bowls and Meanwhile 2.

Beginning on Monday July 26th, every day will be filled with good times and lots of free stuff to be given away!