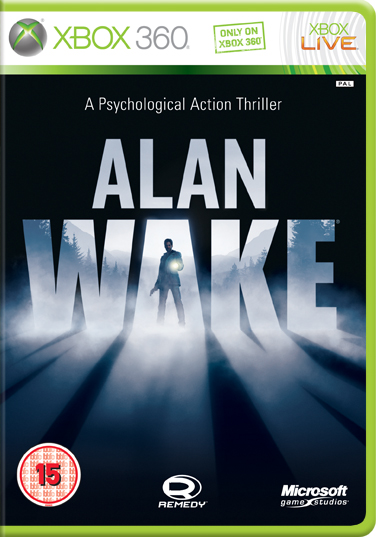 Do we all remember the promises made and broken upon the episodic gameplay of the 2008s release of Alone in the Dark?

Luckily for us, Remedy’s Alan Wake has kicked those poor misguided events back into the murky depths, hopefully never to be repeated. With Alan Wake we again see an episodic delivery – thankfully without the skip forward option(see Alone in the Dark) – of a much improved tense piece of psychological horror. And if there’s one diamond to be taken from the Alan Wake then it has to be the magnificent pacing throughout the whole games six episodes. The urge to skip ahead or pass a certain scenario just doesn’t register with the player – you will want to experience all that Alan Wake has to throw at you and you may even go back for more.

Remedy (the home of Max Payne) has had this title on the slow-burner of ‘under development’ for what seems to be an age (roughly 5 years) and had been slated for a released on PC format also. That idea was then scrapped so that the relatively small development team that is Remedy, could focus on getting the 360 format top-notch. That plan does look to have come good for them, as Alan Wake is fairly hard to critique. It does suffer from the blueprint hangover of free-roam, sandbox style gameplay that was set to be developed. And you will notice areas within the game that do feel ghost-like, not because it’s a well rehearsed game mechanic but rather that the vacant spaces feel too obvious due to the lack of possible open-world content.

With most of the gameplay set in the dark gloom, fending of the Taken (the possessed) requires use of equipment that normally wouldn’t scare off a killer rabbit let alone a fiend of the night. Torches, lanterns and flashbangs all aid you in removing the Taken from your linear path. Of course there’s sidearm weapons to do the final take-downs but without a good supply of AAA batteries, you could find yourself struggling to reach your next safe haven.

Remedy look to have plans to expand on the Alan Wake reality with two forthcoming DLCs plus a promised yet-to-be-named sequel. In the meantime, if you’re a Twin Peaks kinda guy/girl I would heartily recommend picking up a copy of Alan Wake now. Just be wary of the birds at night.