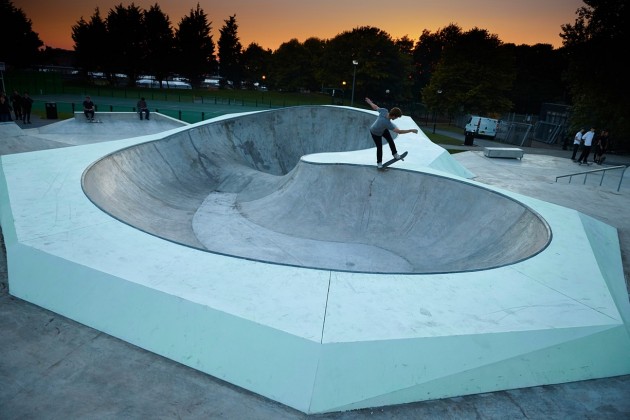 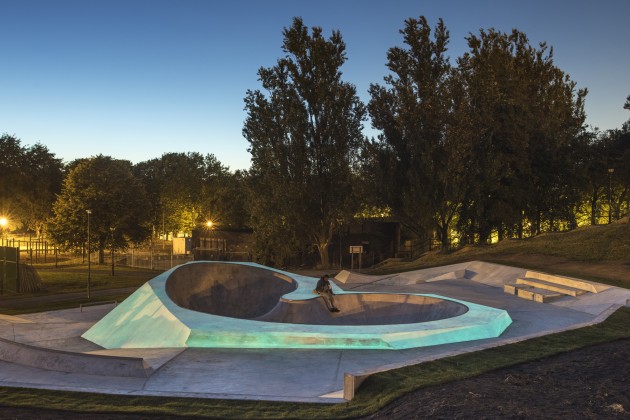 Many moons back, there used to be an indoor skatepark in a warehouse in Hayes. It had a small vert ramp, a street section and a memorable mini ramp with a really odd coping design that was fun to skate. Here in 2013, Hayes in Middlesex will welcome a brand new outdoor 750m sq park designed by Wheelscape and built by Blakedown based at Hayes Hawks on Lake Farm Country Park, Dawley Road.

Hillingdon Community Trust has committed £50,000 to the project, and Hillingdon Council will contribute £130,000. The Friends of Lake Farm and Hayes Hawks have also been heavily involved. Have a look at what is being built right now here and look out for opening day details soon. 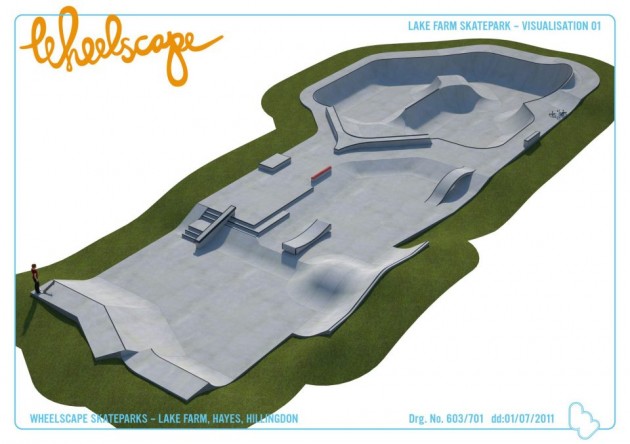 So here’s a shot from the new Oxford Wheels Park looking beautiful….and not a scooter in sight anywhere. Long may this rule continue to be rolled out across the country. 1600 of you agree so far. 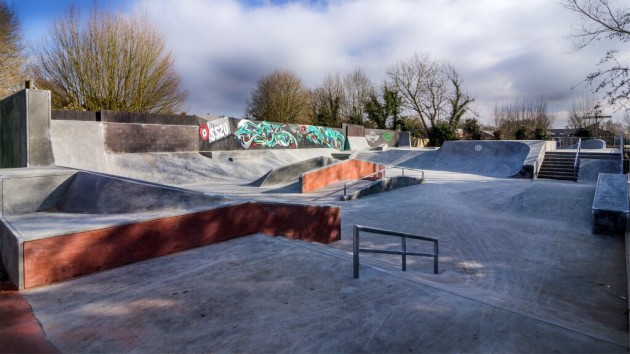 Maybe this could well be a first for all new skatepark builds, maybe this is a one off. Who knows, but right now, Oxford’s skaters will be celebrating the fact that they will not have to run the risk of injuring themselves with scooter kids rolling around everywhere now a ban has been enforced in their new park when it opens.

“OWP appreciate that scooter riders are the next generation of skater and BMXers and we may one day eat our words but for the success of this unique facility the management committee have decided to ban the use of scooters. This we believe will ensure maximum fair usage of the facility and safeyy of park users. Bare in mind – people are not banned from this park we have built. Just scooters. If you want to ride a board or a bike you are welcome.” 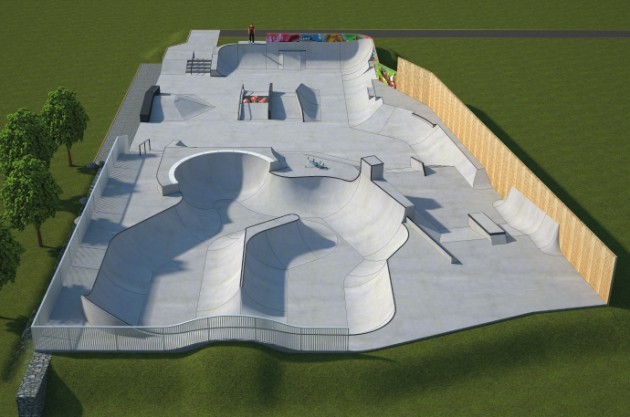 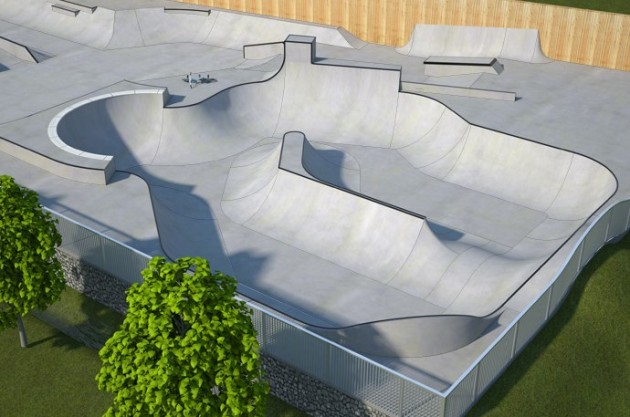 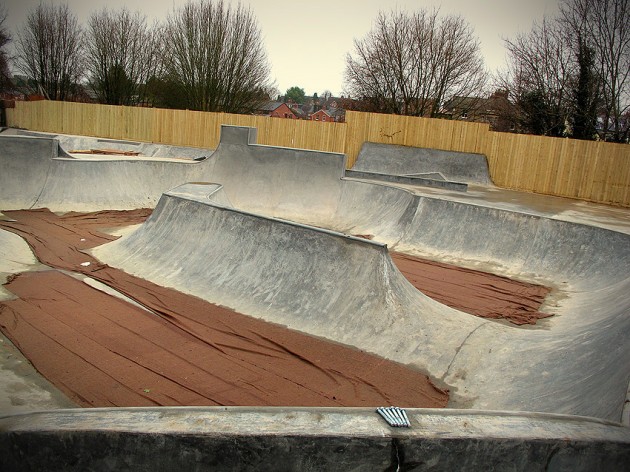 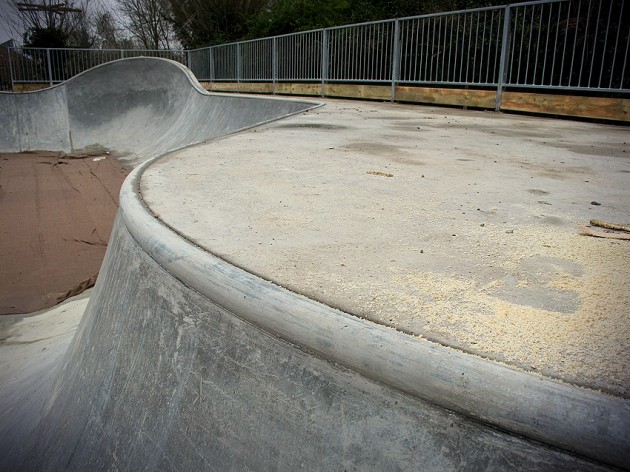 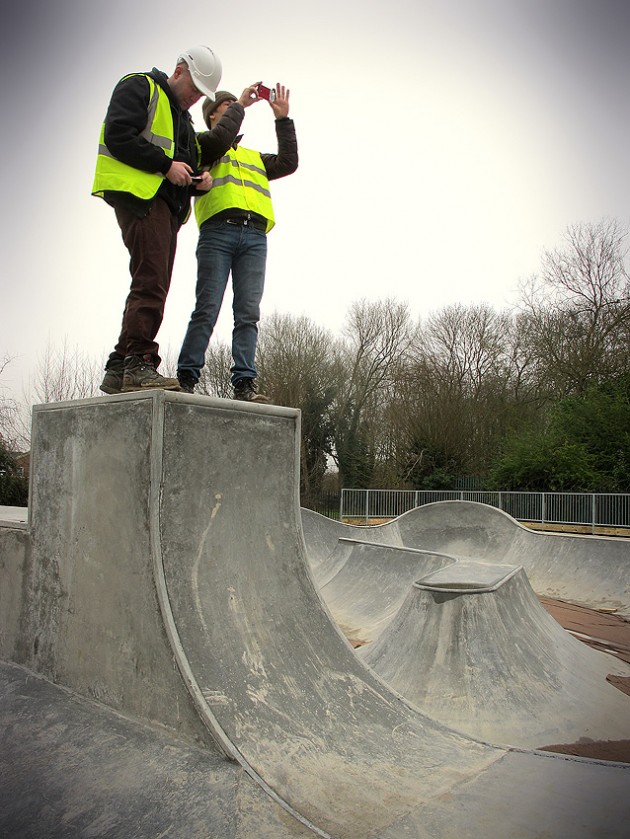 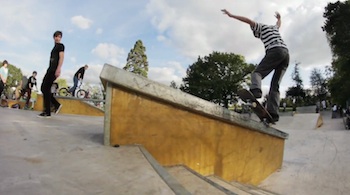 The new Wheelscape built skatepark down in Guildford, Surrey was christed by Mark Jackson, AJ, Chris Beaumont, Ian Maynard, Arran Gregory, Ben Coughlan and Jake Hipwell this month. See the layiout and what went down on this session here.

The hallowed spine ramp at Meadow Lane, Oxford gets torn to pieces by a 20 tonne digger to make way for the new skate park. Somtimes you have to take the pain to move your local spot forward. Wheelscape will make hearts and minds feel much better very soon. Scroll down the page for the new plans. 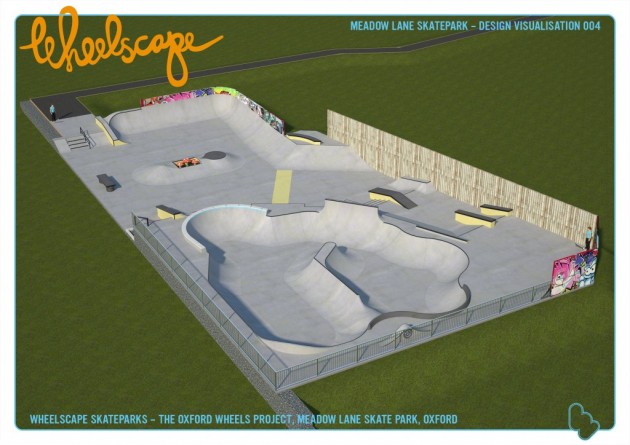 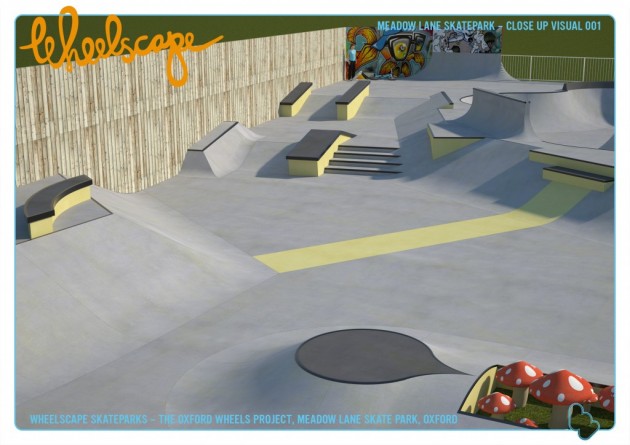 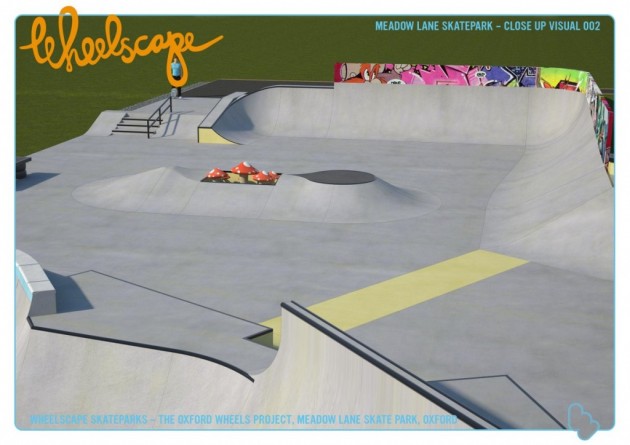 It took a lot of hard work to get the new Radlands Plaza together in Northampton, but everyone involved worked as a team and put this legendary town back on the map with a new park. Wheelscape roll out an edit of how it all came together.

Northampton Radlands Plaza – The Build from Wheelscape Skateparks on Vimeo.

The good folk at Wheelscape have been busy getting stuck into Stoke Park’s new creation in Guildford, Surrey. The new skate park situated on the same site as the old one nearby to the Lido is almost ready for you to skate. Once the landscaping is finished, it will open to the public so keep an eye on the news. For now though, view what’s coming from this gallery of pics from the Wheelscape facebook page. 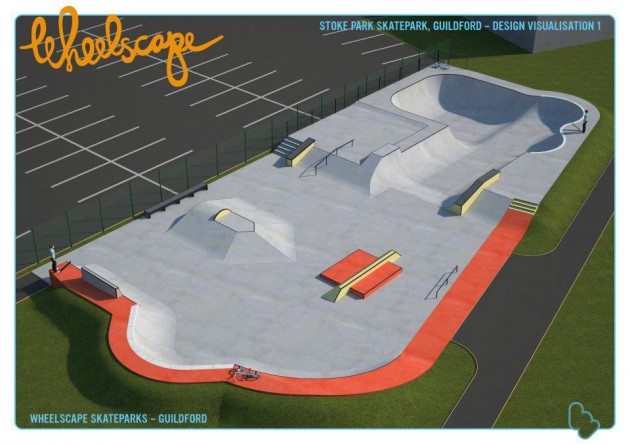 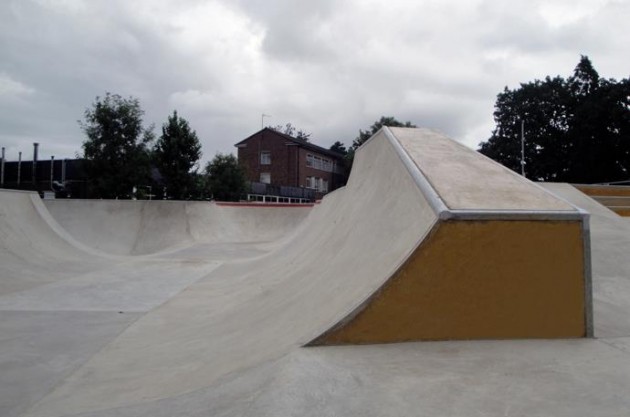 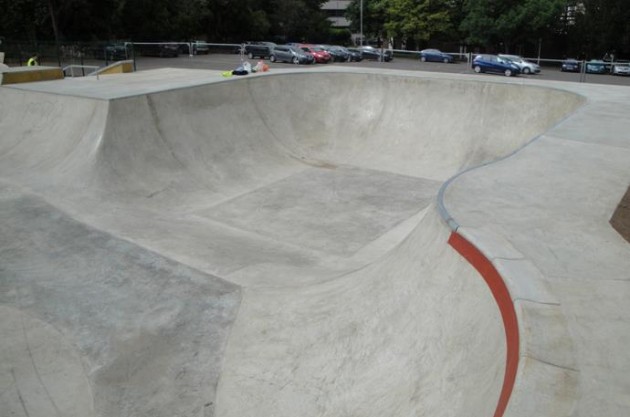 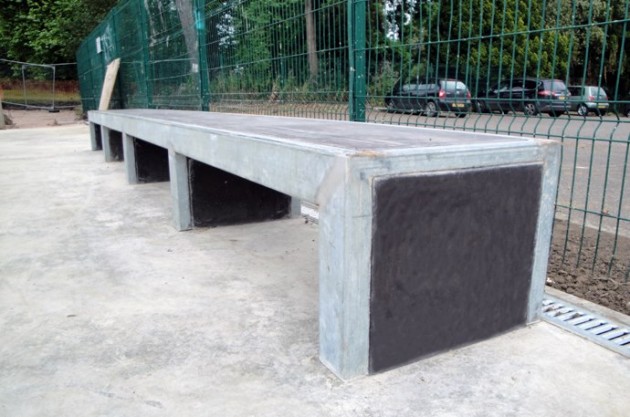 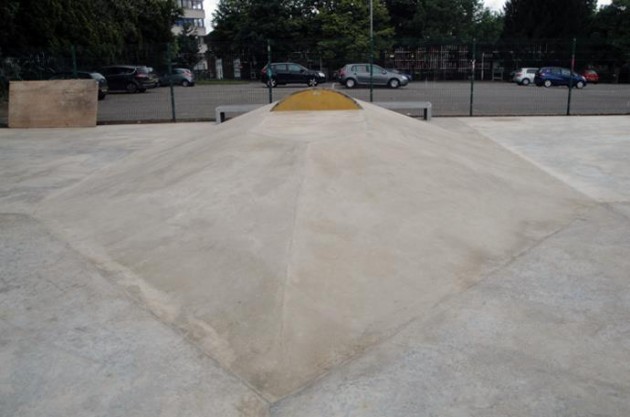 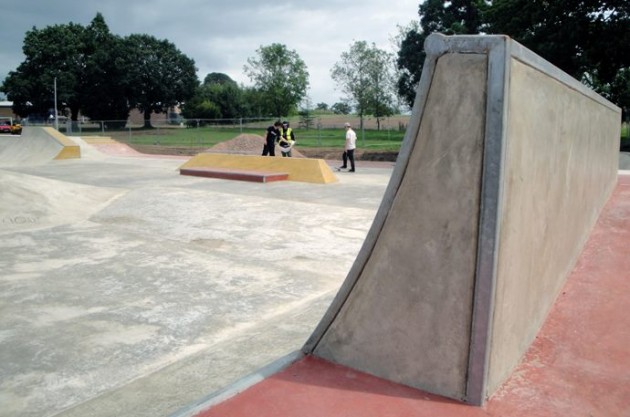 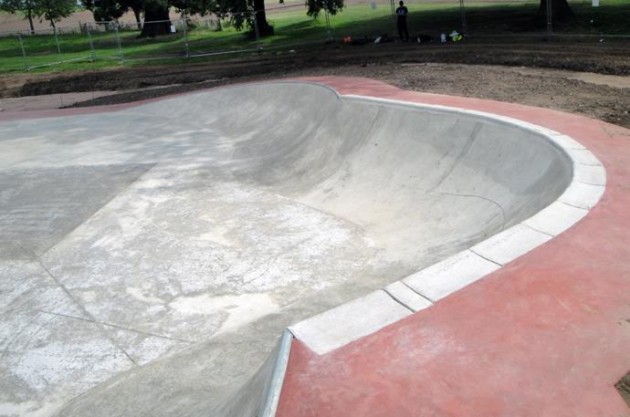 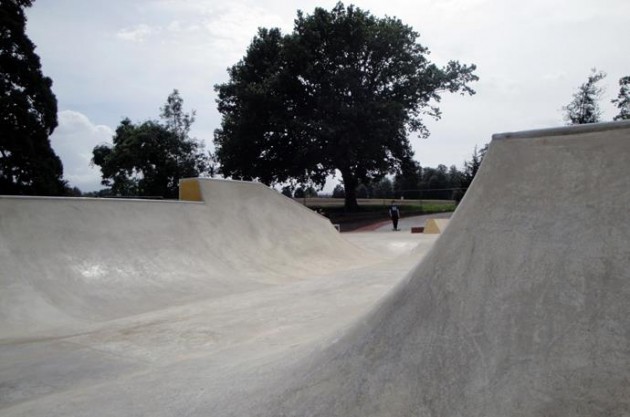 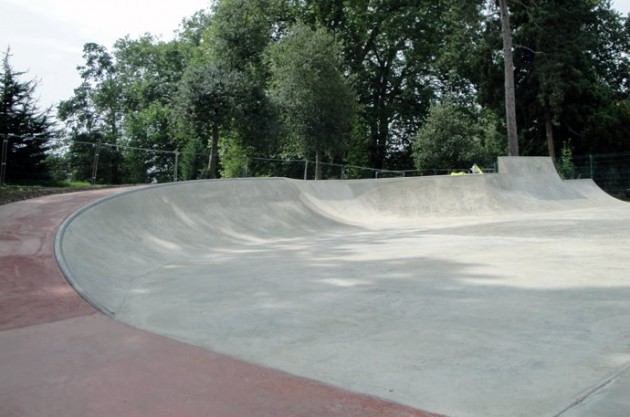 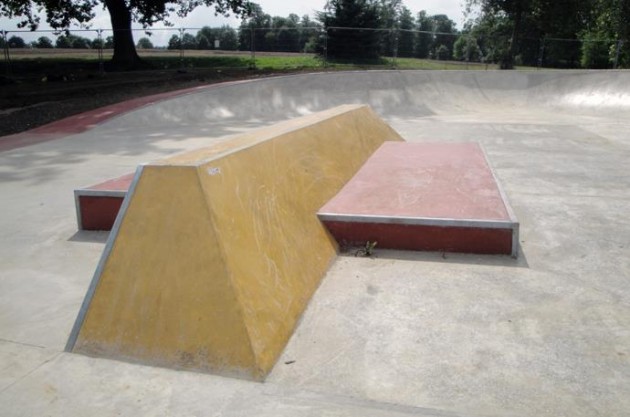 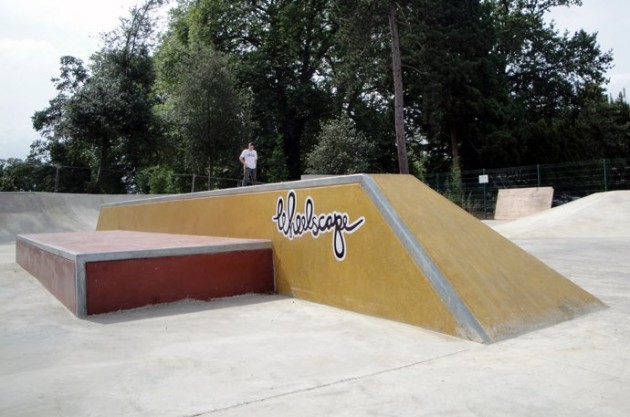 Essex have a new bowl at Brentwood now courtesy of the good fellas at Wheelscape. The new build is located on the site of the old skatepark in st George’s Playing Fields CM14 5AE, and is open to the public.

This is the first phase which will also see a street section built at some point. Visit brentwoodskatepark.org.uk for all local info.

Guildford locals cannot wait to get stuck into the new Wheelscape built skatepark at Stoke Park. Here’s the latest photos from the site. If all goes to plan and the weather holds out then it should be up and running in time for the summer holidays. 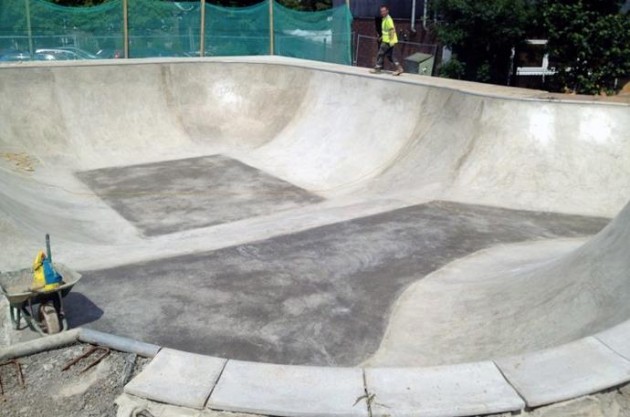 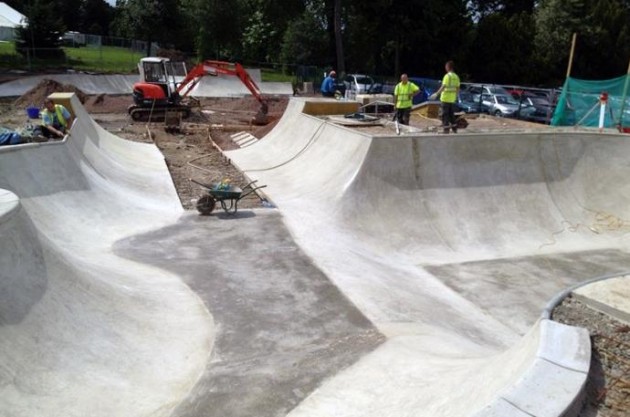 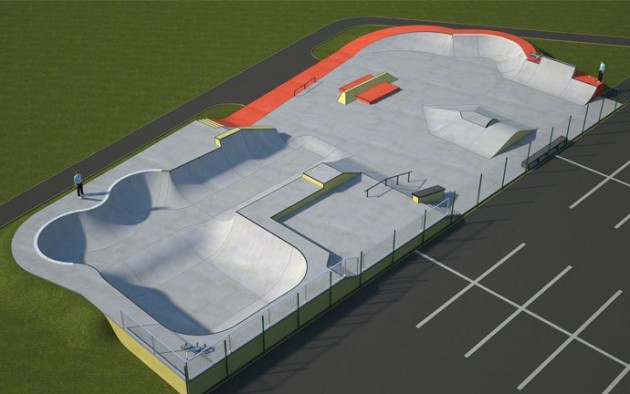