Crowns’ jaunty folk suits the vibe of the evening perfectly, but although they deserve the applause from those present, the echo of a third-full Forum does their sound no favours. They’d probably sound great in a packed pub, so check them out at the Old Blue Last on Feb 20th. Go on, it’s free.

Entertaining antics abound during Teenage Bottlerocket’s set, mostly courtesy of the band themselves, the roadie in an Iron Maiden ‘Eddie’ mask urging the crowd to greater efforts, and the topless forty-something guy flailing his arms (and moobs) around in the impressively-sized pit. And the music? The cynical among us might dismiss the likes of ‘Radio’ and ‘Skate Or Die’ as mere Ramones rip-offs, but few bands channel da bruddas’ love of breakneck-speed, power chord driven melodies as well as the Wyoming quartet do tonight.

The Dropkick Murphys may be approaching their 20th anniversary as a band, but you can still rely on them to give it 100%, rock like bastards, and generally be the ultimate Friday/Saturday night band. Tonight they are nothing short of outstanding, barrelling through old (‘The Gauntlet’, ‘Worker’s Song’) and new (‘Burn’, ‘Going Out In Style’) with such tenacity and ferocity that not even two brief power outages can stop them.

It’s a beautiful sight to behold as both band and sold-out crowd fling themselves around the place with wild abandon, but an unexpected highlight comes courtesy of the mandolin-led ‘Rose Tattoo’. Released barely a month ago, it’s already a fan favourite, with bassist/vocalist Ken Casey almost drowned out by a 2,000-strong sweaty choir. It’s a genuinely poignant moment, and a fine riposte to those who would dismiss the Dropkicks as mere musical rabble rousers.

They’ve never been a ‘cool’ band, but the Dropkicks’ combination of Irish folk music, punk rock and raw honesty has got them further than they ever expected. Certainly, as a rip-roaring finale of ‘Skinhead on the MBTA’ heralds the usual mass stage invasion, it’s clear that no-one here cares about such a triviality – and nor should they.

Old school Hip Hop heads will be delighted to know that two rappers with the names Big Daddy Kane and Biz Markie will be hitting London’s Forum on 22nd June. Get a ticket. 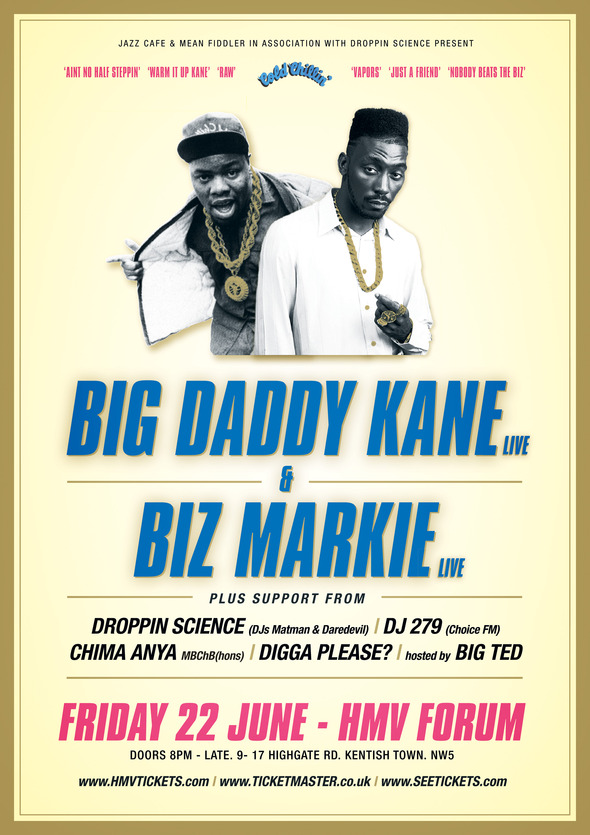