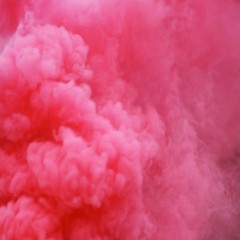 With a chorus catchy enough to entice a bit of a sing-a-long but with a tempo slow enough to make sure you don’t have to put a lot of effort in, ‘Toucan Surf’ (released Digitally 27.08.12 via Rattlepop) is the soundtrack to a lazy afternoon in the sun. In fact, soundtrack is quite a key word here, because Jaws produce the sort of sound that doesn’t instantly demand your attention but is inviting enough to give you an overall uplifting feeling. ‘Toucan Surf’ is background music that will slowly manifest in your mind and eventually come through and repeat permanently in your conscious.

Dazed vocals, resounding jangling guitars and lo-fi synths give off impressions that the track was born in Florida, California or another suitably sunny location, a sizable achievement when it actually originates from the less than appetizing Birmingham, UK.

‘Surf-pop’ is a trending genre at the moment, but Jaws aren’t just any old band, they are the leaders of the pack, these guys are the ultimate chill-out indie band and ‘Toucan Surf’ is sure to propel the band to where they ought to be.