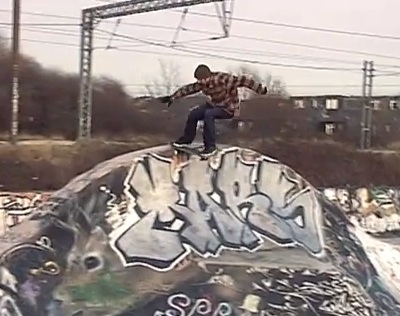 This is probably the best news that will drop this week. Chris Oliver is one of the most consistent skateboarders in the country who has constantly upped his game since day one, so this news is well deserved and long overdue.

Chris joins the ever growing Superdead Skateboards today. Well done to all involved in putting together this amazing edit shot at Tottenham’s concrete playground. 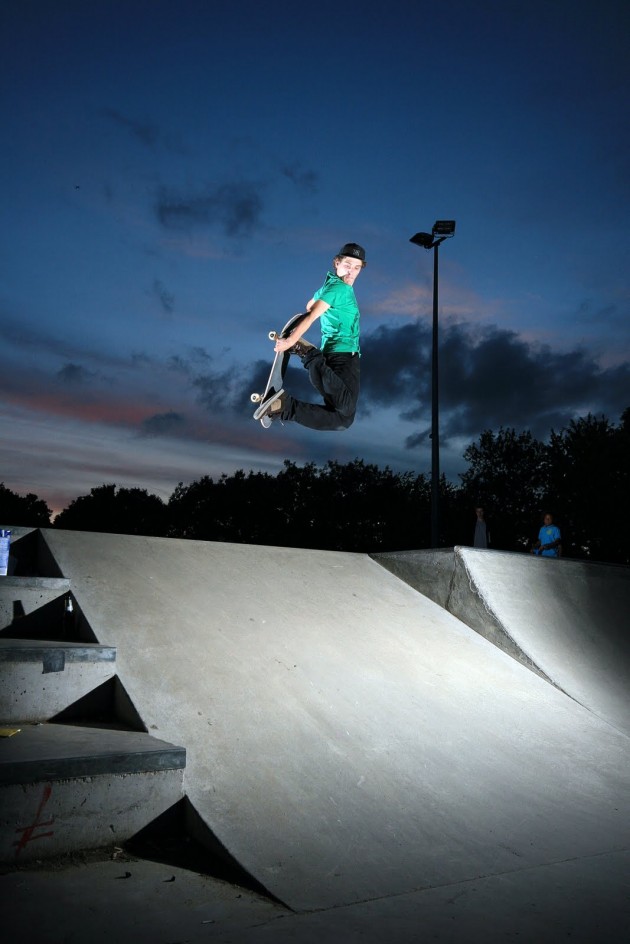 If you have seen Paul Parker’s incredible artwork before then you will know that this guy is an art machine fueled by a passion for painting and drawing.

Inspired by childhood fascinations with video games, Toxic High stickers, action figures and packaging along with Classic Mens Adventures magazine covers, Parker has carved out a skill for attention like nobody else in the UK. His illustration work has graced books, exhibitions in Los Angeles and have also been repped on decks for Death, Witchcraft and Superdead Skateboards to name a few, so we decided to knock on his door to see where all of this creative energy is spawned from.

It just so happened that the week we wanted to film, he was shooting an advert with Lovenskate for a new t-shirt design over at Harlow’s concrete hole dressed as a jungle dweller!

Big things are in the works for Paul Parker right now so keep your eyes peeled for news on where his art will take him in the future.

Click here to win a huge package from the team thid month including 3 decks, a tee, bolts and wheels! 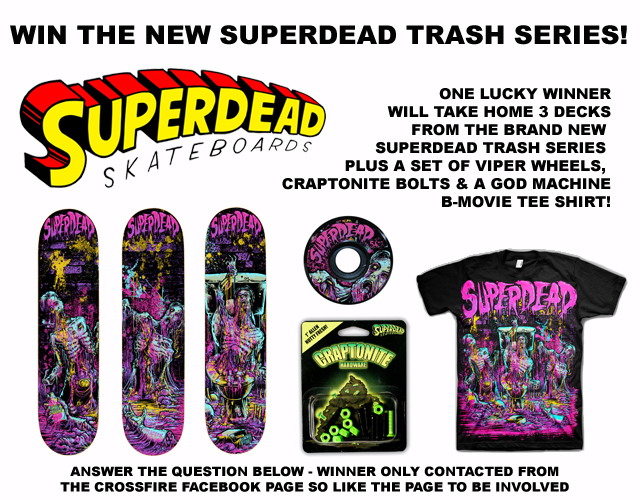 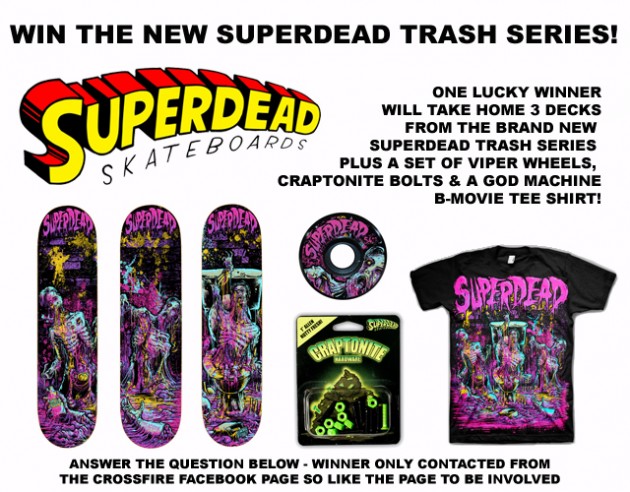 Today we are celebrating the launch of the new summer catalogue from Superdead Skateboards with a huge package of brand new product for one lucky winner.

In the next month, one lucky person will be shredding the brand new Trash Series designed by God Machine with 3 pro decks (yes 3!) from Andy Scott, Jimmy Boyes and Eddie Belvedere plus a set of 54mm Viper Wheels, a B-Movie t-shirt and a set of Craptonite bolts!

To enter, answer the question below and don’t forget to like the Crossfire Facebook page as we will contact you if you win via Facebook only to let you know you have won on Monday June 27th.

Find Superdead’s page whilst you are there too!

Superdead Skateboards Chris Barrett and Jirka Bulin show off their manny skills today in this latest clip from up North.

Click here to check out the new Superdead decks that can be found in your local skater owned shop.