Download Festival has announced 14 bands for their 10th anniversary line-up.

As previously announced, headliners for the weekend of June 8th-10th are The Prodigy, Metallica and Black Sabbath and the bill now includes Slash featuring Myles Kennedy, Megadeth, Rise Against, Steel Panther, Billy Talent and Black Label Society. As if that weren’t enough, festival go-ers will also be able to see Kyuss Lives, Five Finger Death Punch, Terrorvision and As I Lay Dying.

The deadline for cheaper weekend arena tickets has been extended to Thursday February 2nd before reverting to the £155 price from then on. Organisers are urging fans to take advantage of the extension with the tickets from www.downloadfestival.co.uk. 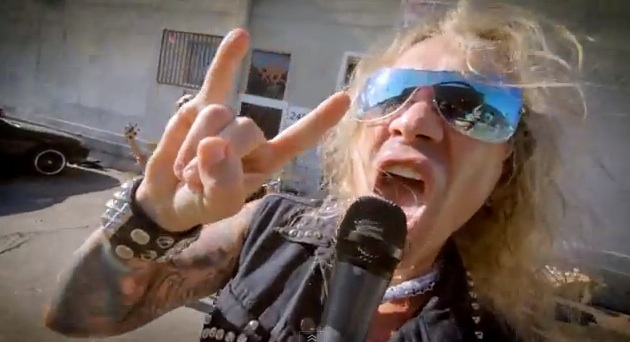 We hope you understand that we had to do this today. It’s so bad for so many amazing reasons that it deserves Tune of the Day.

They are back with a bang and they are still as awful as ever, Steel Panther‘s new album scheduled for October 18th titled “Ball’s Out” will be stuffed full of 80’s cock rock, so get a taste of what type of cheese they will be rolling down the same hill that hosts the Hollywood sign, with the first installment being ‘Crossfire’.