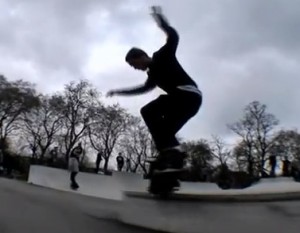 London’s skateboarders are waking up to news this morning that there’s movement behind the scenes of the development of Clapham Common‘s rugged land. Famous for its involvement in the Urban Games that used to be held there, the park has deteriorated over the years and locals have been working with the council for funding to develop the area.

Freestyle Skateparks are involved in the pitch that is expected to be built before the end of this year. The image you see on this page is subject to formal approval by Lambeth Council this October, but you can see that the existing tarmac area of 1500m2 is being resurfaced with a high grade tarmac and within this area will sit a circa, 500m2 concrete new build. The surrounding area of the concrete will have numerous isolated forms such as blocks and manual pads so it looks good for South London’s skate scene so far.

Keep your fingers crossed that the council approve the build next month and well done to all involved. Look out for updates on the Freestyle FB page. 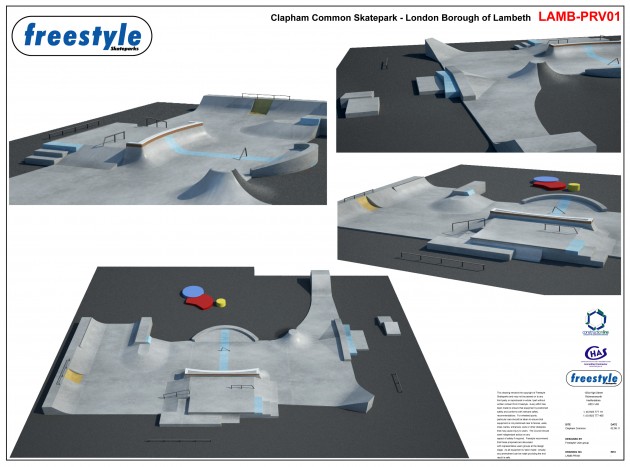