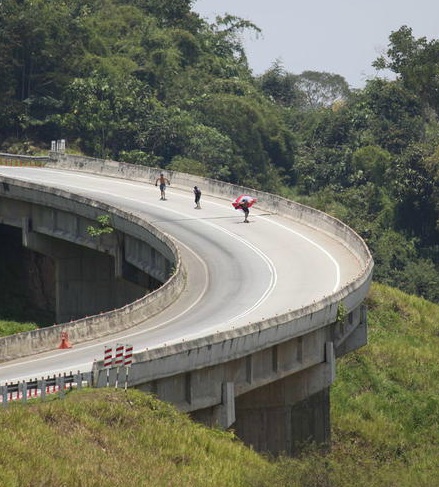 Three Kiwis have become the first people to ever skateboard through the driest desert in the world. Alan Carnaby, Troy Bilbrough and Guy Parsons spent five weeks skating 1600kms from Arequipa (Peru) to La Serena (Chile) became the first people in the world to skateboard over much of the Andes, through the Atacama Desert and then down some of northern Chile’s spectacular coastline.

The trip raised awareness “about sustainable travel and how, with a little effort you can make more environmentally sustainable choices” but was also a journey that had its ups and downs.

“We had a bit of drama” says Troy. “Halfway through the trip I was attacked and bitten by wild dogs (and needed rabies injections), Alan got sick, Guy pulled a muscle in his leg and we had to survive on just eating biscuits for three days. Needles to say we had a few tough times, and not to mention having to deal with the raw elements: the wind, the altitude, the hills, the potholes, the sun scorching your back, the wild jaguars in the jungle… but overall we had a heck of a lot of fun”.