Work down at the new Bay Sixty 6 park has increased over the last two weeks. The new streetcourse has started to take shape now so if you want to see new photos and video, click into the updated feature here. 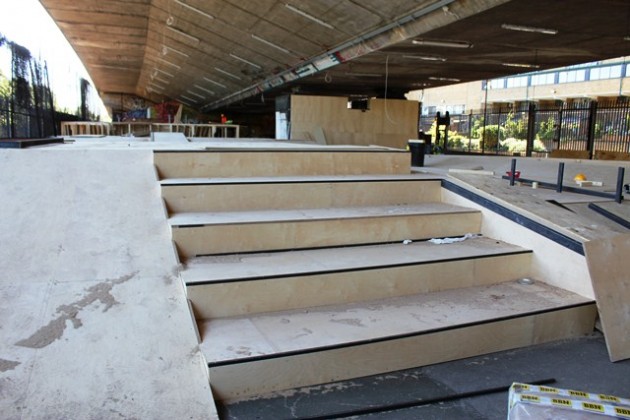 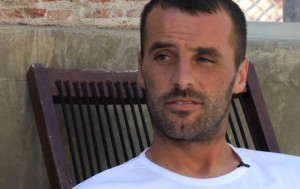 Nike just released part one of a chat with Gino Iannucci. Catch up with what’s happening with his part in the Chocolate/Girl video and more here. 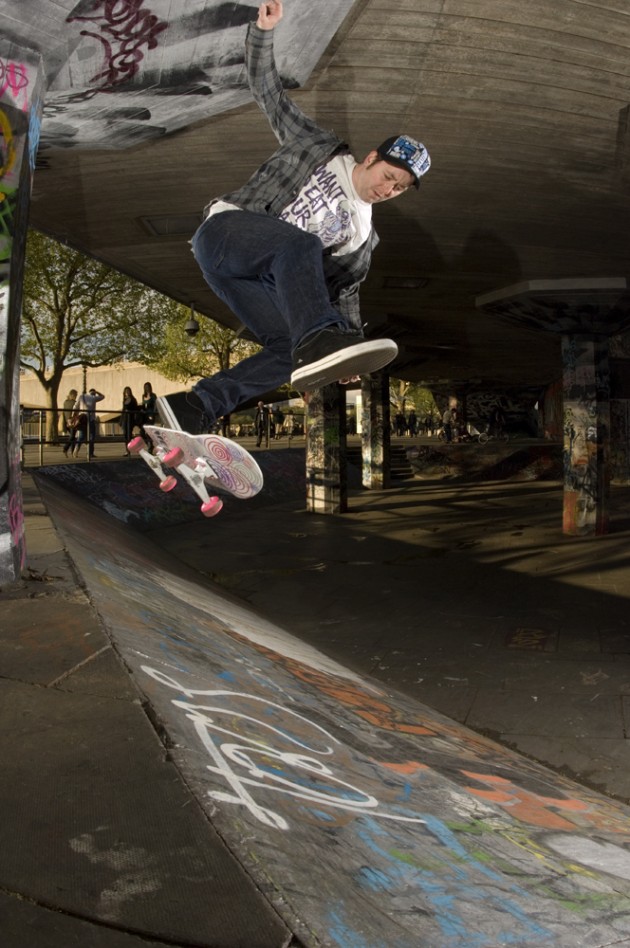 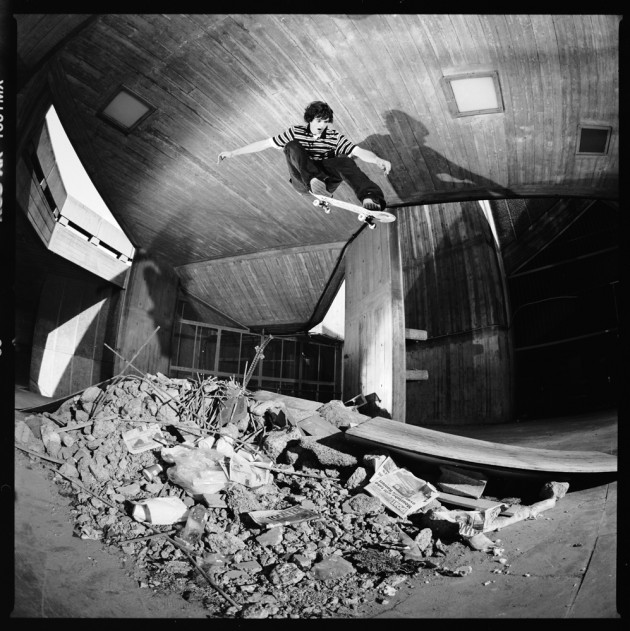 Arriving in a tour bus so impressively colourful it bordered on the ridiculous, the Nike SB team you’d think the team weren’t simply going to turn up and just skate Bay 66. Except that’s exactly what they did, but then it’s also exactly what they didn’t. You see, when you’re dealing with the likes of Cory Kennedy, P-Rod, Shane O’Neill and the rest of the Nike flock, just watching them skate and have a blast is much more exciting than any pre-meditated things they could have possibly had in mind.

Chilled-out unpredictability was the theme of the night, as the team started out on the funbox and just not stopping from there. Cory had a lot of fun, pulling out the hammers as if they were penny sweets and throwing nollie front foot flips and nollie inward heels as casual as less-reputable dork tricks like an -amazing- benihana, all stomped down smiling. Shane O’ Neill had his back in a similar cap with some ludicrous stuff for someone who supposedly cracked a rib at the CPH. Could have fooled me, Nugget was on some stylish THPS trip, with a 360 flip nosewheelie on the awkward snake-shaped manual pad and a first-try 720 flip on the hip. Sure it took him a little longer to film it, but landing something like that while just cruising around isn’t messing about.

Every time P-Rod dropped in the camera-carrying massive threw themselves in his direction, his absolutely relentless delivery of trick after trick after trick, just got progressively sicker each time. The height over the funbox was pure jokeshop shit, P-Rod has the moon gravity cheat built into his shoes I’m sure. How about a switch front blunt first try? Backtail kickflip out down the hubba? The goods were coming through like no tomorrow. Daryl Angel came through and was the only one to really hit up the – admittedly enormous – drop ledge, mach-ten baby!

The highlights were from Ishod Wair (on a high fresh from delivering the best First Try Friday that’s ever been filmed at The Berrics) and Younes Amrani who both hit everything in sight. Ishod’s catch was felt by every member of the audience who all shared some vicarious radness, and Younes’ manual madness was exactly that, madness. There competition for best trick wasn’t a small one, but I think Younes’ nosegrinds along and down the ledge took the entire biscuit tin.

The UK squad held it down with the best of them too, Korahn Gayle did his thing, Chris Jones killed it with a huge tailslide, Snowy laid some smooth-jams on the funbox and Smithy smashed up both the funbox and the hubba.

Wieger just cruised like he owned the joint and occasionally dropped a few high-speed bombs, Salazar took flight on the ski jump and watching Lance Mountain skate anything is nothing short of magic.

Bay 66 was going off louder than a bomb, but ignoring the hundreds of people and the giant Nike SB tour bus outside it really was just a regular Wednesday session. Cory Kennedy had a game of SKATE with about 40 kids and there wasn’t a frown to be found. Good vibes, amazing skating and a bus covered in birds. Same time next Wednesday yeah?