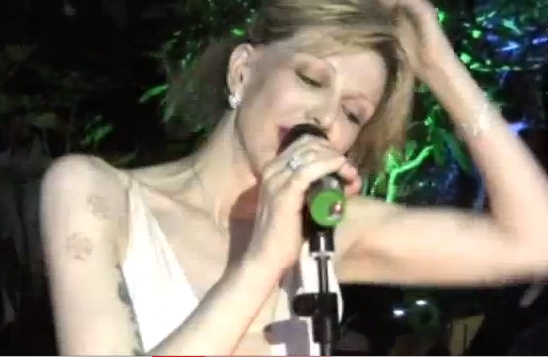 Courtney Love is Caught in the Crossfire this week as she appears on video singing at a private function in Venice, Italy. She is filmed singing a Rolling Stones cover after being introduced by some fat twat who doesn’t even know who she is!

The footage was recorded with The Orchestra del Teatro Olimpicoat a major contemporary art exhibition that takes place once every two years called the Venice Biennial. Beware, this is one of the saddest videos you will ever see for so many reasons if you are Hole fan.

We Can’t Fly
Wall Of Sound 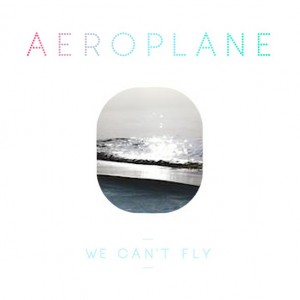 Establishing themselves as the demi-gods of underground Italo disco scene, Aeroplane first caught our attention with their spacious & glacial re-works of Friendly Fires Paris and Grace Jones William’s Blood. This duo it seems could do no wrong. And the debut album, we assure you, does not disappoint.

Now minus Stephen Fascina, this is a solo offering from Vito Deluca who continues under the name. We Can’t Fly, co-produced by Francophile Betrand Burgalat, is a mind blowing, pulse racing, heady blend of influences stemming as far and wide as Pink Floyd, Au Revoir Simone, Air, 70s soulful disc, Georgio Moroda to Jeff Wayne’s cult odyssey War of the Worlds, all laid down to big production credentials a la Trevor Horn.  Guest vocalists at hand include LA hipster Sky Ferreira and Merry Clayton who provided backing vocals to the Stone’s Gimme Shelter (I Don’t Feel) and even Moroder makes an appearance.

A truly dazzling debut accomplishment – in every essence a modern day cult classic.