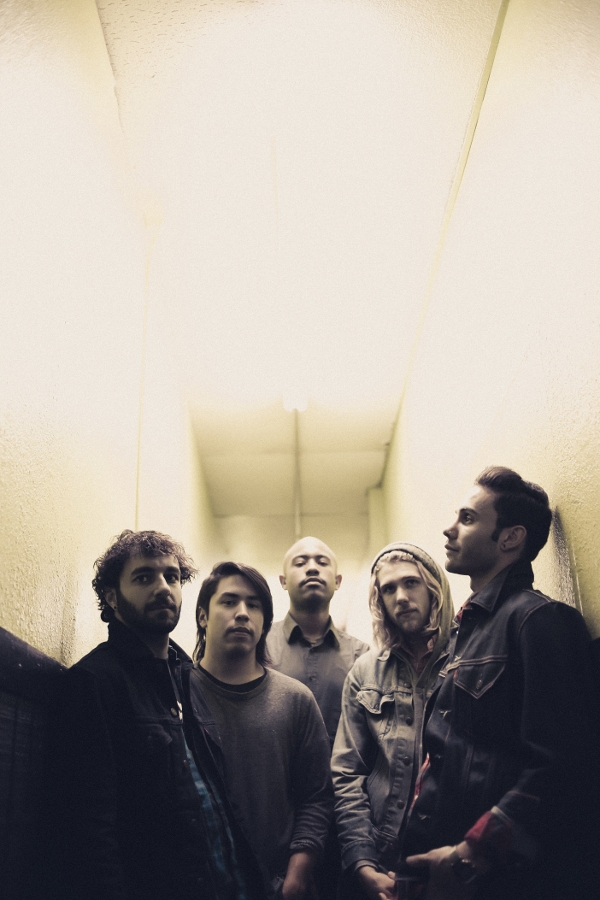 Epitaph have always had a nack of picking the next wave of punk and hardcore so when letlive. where picked as their new signings last year the buzz started to grow. Why? Because not only are they balls out on record, they can make an audience explode just as good, if not better than the best of them.

This February the Los Angeles 5-piece graced our shores for a few introductory shows and blew the roof off of the Underworld in Camden and a secret show at the Old Blue Last in Hoxton leaving those lucky enough to see them blogging wildly about their new favourite hardcore band. So with the trail of aural destruction left behind we decided to get the inside scoop with singer Jason Butler and bassist Ryan Johnson to find out what makes this time bomb tick so loudly.

Welcome to Crossfire lads. So, you recently made your first visit to the UK. How did those shows compare with the first shows you played together on your home turf in LA?

Jason:I suppose since our first shows in the UK were in venues with PA systems that worked and the attendance wasn’t fully comprised of people we knew I’d have to say the disparity lies within the level of punkness.

Ryan: I’m not sure how to say this without discrediting our home support, but, the UK was certainly more attentive and accepting of our idea. The accumulation of recognition we have received in the UK has been unreal. We definitely didn’t expect any of it…

Your live show is raucous to say the least. What’s the worst damage you’ve ever done (to yourself or your surroundings) during a set?

Jason:I like to think of myself as somewhat of a forward thinking gentlemen. I try to keep my eyes focused on the future. With that being said, I think I will one day answer your question with a youtube link to our testimony in court when being charged with arson, in “the people vs. letlive.”

Ryan: We definitely have countless mics and speakers that are left useless – which can get a bit costly… But thankfully we haven’t done any serious damage yet. We have had some sprained limbs and minor gashes – accompanied with the occasional guitar head stock to the face…

Do you think your unique performance skills can translate to bigger stages? Are there any massive production ideas you have in the back of your mind for further down the line when you have more resources available to you?

Jason: Yes. Burning it down.

Ryan: Actually, when we are blessed with those larger stages (it certainly isn’t very often), it seems as though we are given a little more freedom to let go. Although, smaller stages can lead to some pretty exciting situations as well. Production for us hasn’t been a constant conversation, but, I’m sure as it comes in the future, it will be minimal. Definitely don’t want to pull too far away from the fact that people are there to listen to your music.

What is the best musical talent coming out of LA at the moment (apart from yourselves of course)? You previously mentioned knowing Tyler from Odd Future when you guys were younger. Any funny stories about him?

Jason: I don’t want to give the impression that I’m making mention of the young man in order to exhibit relevance, but I will say I really do back what they’re doing. It’s almost as if Odd Future (Wolf Gang Kill Them All) are breathing some new life into that shock aesthetic that alternative culture that has surely been waiting for with bated breath (two metaphors involving breathing; see what I did there?). As for Tyler and company, we all come from the same area. They rep the “Dirty Ladera”, I’m Inglewood all day. They fuck with LA skate culture, I worked at 9star LA. We have few degrees of separation. So to Tyler and Odd Future I say “STAND UP” X “SWAG”. Holla at me.

Ryan: Los Angeles is a difficult place. Other than Odd Future, whom Jason had a loose relationship with, we have a few friends bands such as Touche Amore and Dangers – both of which we enjoy quite a bit. But, the entire culture is a bit lacking as of late…

What would you say the biggest influences on letlive. are – both musical and non-musical?

Jason: letlive.. Please bear in mind, this does not mean the 5 individuals that make up this band; so yeah… letlive.

Ryan: To be frank, a lot of our influences come from moods that we capture from each other, surroundings, and even conversations about current readings. It’s more so channeling the feeling of inspiration. There really haven’t been many defining moments where an artist was mentioned while playing music. We all have our individual inclinations which range from James Brown to Radiohead to Bob Dylan, and Smashing Pumpkins, but not very directly do those artists come through as strong as an influence. We kind of feed of each others mistakes and ideas while playing, and hope it comes out all right. 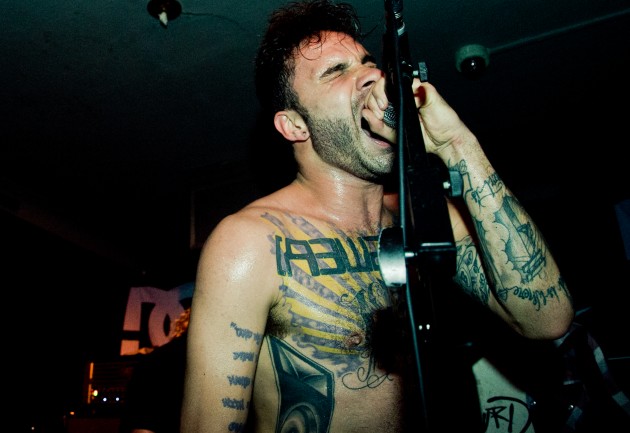 ‘Fake History’ is getting a proper UK release though Epitaph this week, with a few bonus tracks. Are those songs indicative of further future material from the band? How are you getting along with writing for the next album – or is that not happening quite yet?

Jason: Well, not necessarily. The first two tracks are actually 2 alternate tracks that were tracked within the FAKE HISTORY sessions and were opted to remain unattached for the initial release, which, in turn, worked out quite well for the re-release, wouldn’t you agree? As for the final track, this was a more impromptu approach we took when creating, playing, and recording it. We had spoken with Mr. Brett Gurewitz about doing a song together as somewhat of an ode to the rite of passage, so to speak, with our induction into the Epitaph family. With this came limited time to do so granted we have been touring rather heavily this past year. So what we did was go into the studio for two days with a riff we had written just before entering and tracked an ode to whimsical studio sessions. We feel it’s non hyperbolic essence is certainly endearing.

Ryan: Well, the bonus tracks include two b-sides, and one new track. The b-sides were actually the first two songs that we wrote as a band, which is far off from future ideas, and the last track was basically a last minute fluke while preparing to go into the studio with Brett. I wouldn’t say it is a direct foreshadow of what is to come, by any means. We actually currently beginning to write the album for the next month or so, considering it is the only time we are going to be home all year, and we are pretty excited with the way things are going thus far. We are definitely in a better place than we ever have been, musically – considering the amount of time we have spent together and growth we’ve experienced.

Who have been your Top 5 Epitaph acts in the label’s history?

How does it feel to know that you are now listed alongside them?

Ryan: It is unreal. Still hasn’t really hit any of us yet. Sometimes when you speak of the bands dealings with others it becomes a reality, and you’re kind of beside yourself. It’s incredibly strange to conceptualize.

You’ve been nominated for a Metal Hammer Award. What would you say is the most metal thing you’ve ever done?

Jason: Being nominated for a Metal Hammer Award.

Any plans to top that at the awards ceremony?

Jason: Yes. We plan on burning the venue down. For sacrificial purposes in the name of the homie Lucifer, naturally. 666777888

Ryan: Hopefully commit to round two amongst the crowd.

Do you ever take your skateboard on tour with you?

Jason: Yes I ever.

Where are the best spots in the world that you’ve encountered for skating?

Any favourite up and coming skaters?

Jason: I’d like to shout to my young friend Elijah Berle from LA who recently won Tampa Am. He’s one of the young bloods turning real life skateboarding into “Tony Hawk’s Pro Skater”. Good shit, Elijah. As for my favorite skater, that position is taken, unshakably, by Andrew Gallagher of the First Family.

Jason: Not to sound like an asshole, but…I did. It was aptly dubbed the “Butler bump”. Best explanation for this maneuver would be a switch (or nollie, which I prefer) heelflip underflip. Best pulled from the bag of tricks at a clutch moment during a game of “skate”. A show stopper, if you will. Ask Elijah and Drew.

What can we expect from the band in the next year?

Ryan: The re-release, a lot of touring, and a new record.

Fake History is out now on Epitaph Records, find letlive. at www.thisisletlive.com