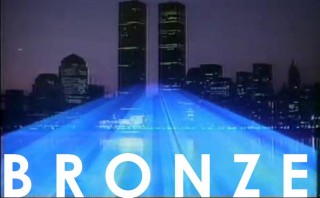 Get the teas on for this 20 minute banger. Bronze Hardware out of NYC are repping this mash up with Shawn Powers, Kevin Tierney, Billy McFeely, Phil Rodriguez, Adrian Vega, Joseph Delgado and many more.

The 5Boro team from NYC hit the road to Detroit with Rob Smith, Pontus Alv and Phil Zwijsen and documented what went down. 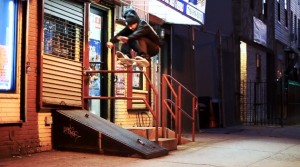 Chris Mulhern has released a new project this morning that documents a 5Boro and Carhartt riders on their journey from New York City to Detroit.

The trip was shot over a 2 week period with Pontus Alv, Jimmy McDonald, Dan Pensyl, Willy Akers, Phil Zwijsen, Rob Smith, Hjalte Halberg and Bram De Cleen all on board for the ride. 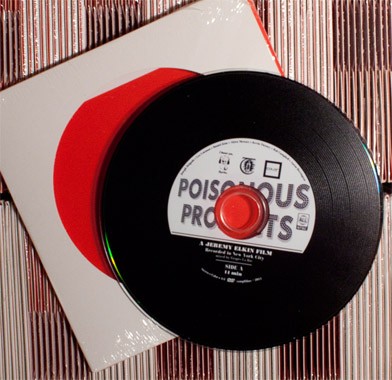 Watching Jeremy Elkin’s Poisonous Products DVD is like a throwback to the golden 90’s era of hip-hop mixtapes. Back in 1993 New York DJs were pumping out 90 minute Maxell tapes of raw talent. I remember Tape Kingz running a solid distribution program that stocked my tape deck with the latest joints out of the 5-Boroughs. You’d hear exclusive tracks from your favourite rappers, but also get the tip off on new rappers that were pinned to be the next big thing in the rap game. Kids nowadays ignore the debut of Jay Z as he cut his teeth with a unique double tempo flow on the epic Big Daddy Kane track Show n Prove alongside a miniature version of Shyheim and the one Ason (later known as Ol’ Dirty Bastard of the Wu Tang Clan). Big Daddy Kane, Jay-Z and Ol’ Dirty all on one track – That’s some dope shit right there.

Poisonous Products is a 13 minute mixtape of VX footage filmed in New York City between November 2010 and November 2011 set to the soundtrack of the aforementioned track, Boogie Down Productions (Poisonous Products) and Lil’ Kim (Queen Bitch) mixed together by Grapes La Roc. The Eastern Seaboard of skateboarding is well represented with everyone from Rob Campbell and Shawn Powers to Aaron Herrington and Joseph Delgado getting clips. Those last two names are definitely on the rise and likely to grab your attention. Both of them weave sick lines through the city: Aaron skating past IRAK throw-ups and piles of grey snow in Brooklyn whilst Joseph rocks colourful Supra’s through Queens.

I remember the day the 90’s era of hip-hop died. The producer formerly known as Puff Daddy released his own solo album No Way Out and introduced the world to a genre of Rap music that sidestepped the streets and went straight to the clubs, suburban bedrooms and MTV. Low budget bro cam videos of rappers spitting verses in front of their local bodega were shelved and replaced by Hype Williams bubble lens studio sessions in front of flashing lights and film crews. I can’t help but feel the golden age of the skate video fell to the same fate when Ty Evans decided to introduce HD cameras and fireworks to the session.

I can’t guarantee that Poisonous Products will receive unanimous applause, but it will definitely tug on the heartstrings of skaters that still remember how to set the white balance on a VX-1000. When Rob Campbell runs a quick slappy and a tailslide at Astor Place it makes me feel like I’m watching the promo tape for the infamous Zoo York Mixtape 15 years late. 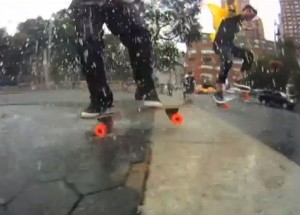 Following the previous fun video features put together with Koston, Marty Murawski and John Motta in the mix, Off The Grid returns this month with an edit featuring Eli Reed & Zered Bassett.

Click play for some wet cruiser sessions in NYC whilst Hurricane Irene made its way through the area this month.

561 to NYC is the latest forthcoming visual offering from one of the more reputable Slap lurkers Mandible Claw. To generate a consistent flurry of anticipation and excitement for the full release he’s been drip-feeding sections via Vimeo and Youtube, including this latest clip, which features two time One In A Million finalist John Clayton. Mike Rosa has some tricks in there too. Scroll below the flyer to see it and get hyped. 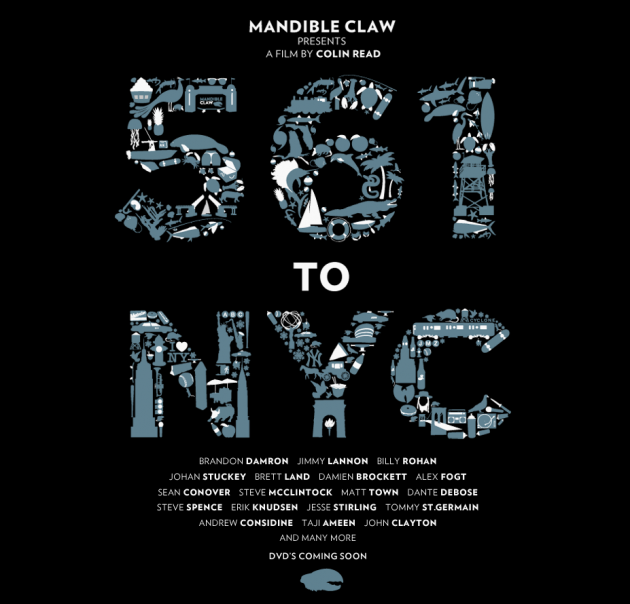 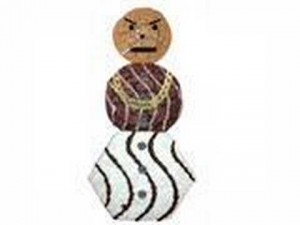 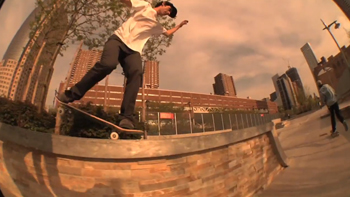 If you have not much about Danny Brady of late then it’s because he has been lurking hard in New York City. Rob Harris has been following the Blueprint pro’s downtime though and brings you a quick edit from the Tribeca that has been built in the Hudson River Park in NYC.

Watch this footage that also has tricks from Yaje Popson and Dan Forkin and if you have 5 mins today then visit the Green Diamond.

There’s nothing like looking back to days of old in skateboard history so watching this clip this morning was a pleasure. Apple Juice is an 8 minute documentary reporting on New York City’s skate scene in the late 80’s and early 90’s from Skate NYC, a skate shop that was based in the East Village from 1986-1991. The tapes have been laying dormant and were found under a pile of grip tape and paint markers in a storage space deep in NYC recently so get hyped on some NY skate history.