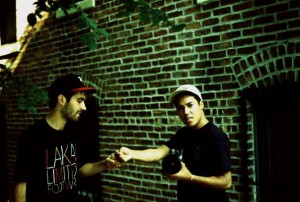 Dan Magee is yet another inspiring character from the Blueprint camp who has stayed true to his school and persisted through difficult times, becoming stronger and more refined at his craft. With Make Friends With The Colour Blue, Dan reminded everyone that it is still possible to resist the cheap and easy method and make a focussed, cohesive and visionary skate video. For all we know, it could be one of the last great skate DVDs of our time but then again, with Dan still lurking everywhere with a lens it’s probably just a matter of time until the next one comes along.

In 2010, Dan expanded his work outside of skateboarding while still knocking out some of the best trip and demo edits of the year. We switched the questions up a little, so have a read below for some filmer-centric words from the fried chicken and purple drink lover himself. Chop chop mate.

What was a personal highlight from 2010?

This year I’ve been working a lot as a freelance cameraman / editor / director, so I’ve got to do some nice stuff within skateboarding but also outside of it too. Blueprint premiered MFWTCB and did a tour which was obviously a highlight, but in the same year I also got to interview Eric Clapton, go on tour with Lance Mountain and tour round the U.K in a mobile home with the U.K Nike team. All rewarding in different ways.

Best skate trip that you were on board to film?

Nike’s Bird Is The Word Tour.

Your favourite song used in an edit you’ve made?

Of all time, maybe Kristin Hersh in that old Day In The City Edit. This year, I liked the one in the Nike SB Malmo edit, because it’s something that I normally would not edit to.

Best song you’ve heard in an edit made by someone else?

What trick was the most torturous to film?

Never really torturous. But Shier’s crook pop in ender in MFWTCB was really scary, because it’s:

But once he got it, there was sheer elation all round.

Worst ‘shit, I wasn’t recording’ moment of the year?

Don’t really have those, thankfully. But on some of the first few demos of Bird Is the word… it’s pretty gnarly, because you have the four musketeers, Ishod, P-Rod, Nugget and Cory Kennedy skating the course like a video game… ridiculously consistently. Until you get into the rhythm of how they skate, they are really hard to film. Plus I was always used to filming street, I barely filmed at parks or demos.

Bird Is The Word is the most obvious one…but I like the éS Big push too.

I like the fact that you can watch different genres of skateboarding edits on the internet, that might not necessarily have belonged on a longform project. That’s why I am quite into documentary style snippets or behind the scenes type edits a the moment. It’s good to something a little bit different.

For example, Slap’s new reality show OIAM format would never have made it as a physical disc, but it’s great as episodic internet fodder.

Worst thing about the internet and skate videos?

No more full length videos and overnight heroes. Everything is so transient.

I think filmers need to cut their teeth on proper projects, rather than thinking they have mastered filming skateboarding by putting out a series of short edits.

There’s a lot more skill and organisation in putting out a project that’s filmed over 2-4 years. Making sure everyone involved gets filmed and that their footage stays relevant and timeless etc. A full length 40 minute video is a whole different ball game. However, I think we may have seen the end of those.

Most watched company video of the year?

Toss up between Colin and Shier’s extended part, because that’s two seasoned vets putting out full parts with some gnarly shit in it. The other would be Coakley’s, but Smithy already said that. Plus it’s a bit of an obvious choice, but I really like it because I spent a lot of time in the States to film that part and had some amazing times with old and new friends.

Heard there might be a couple of Blueprint trips that Shier has planned. Hopefully they will get off the ground, the locations sound dope. Also hoping to do some stuff with Sole Tech and the Nike Euro teams too.

This is my all time favorite. I can’t tell you how many times I have watched this and my mouth still waters as I watch it now. Make sure you watch part 2, it gets really good once she gets past the blockage.

This part is raw as fuck.

I love how Pontus has that DiY attitude to everything, building legit spots, filming. Learning to edit stuff. Obviously he can be a bit of nutter about stuff sometimes, but I think it’s true passion and that comes through in everything he does. All the little animations, photos and footage of his family.

So sick how he had the whole interview in Kingpin, where he looks like he’s Amish or something. I like stuff where the footage or the photo is already amazing through skating and the compostion, but he adds another element to make it even doper.

Abbe Nyberg – You Got Soul

Everyone must have seen this one by now, as it spread pretty quickly virally. Not the best filmed or edited piece, but the Elmo shirt smashes it, then he goes on to kill it with an assortment of what normally should be stinking tricks. Looks like he’s having a lot of fun.

All about the tre flip at city hall down the 6 stair. This dude is pretty raw, never switched up his shit, always done his own thing…any upriver beefs aside.

Also loving the fact that you can watch a part where someone is wearing massive DC moonboots, swishy trackpants or Camo and it still looks like it was filmed yesterday. Timeless shit.