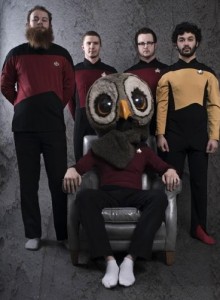 Canadian band Protest The Hero will be releasing their third album Scurrilous on March 21st via Spinefarm Records. The album will be 10 tracks long and serves as the follow-up to 2008’s Fortress which featured Bloodmeat, a favourite of some of us at Crossfire.

More details are coming soon but in the meantime enjoy their awesome new press photo [eyes to the right here, people], check the tracklisting and watch the video to Bloodmeat below. This one’s going to be a biggun!