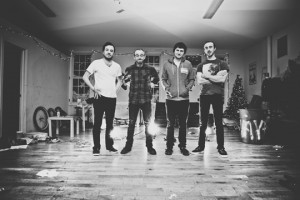 The Menzingers are streaming their album On The Impossible Past online.

The band, who are releasing the album on February 20th, have put the entire album up on the Punk News site and will showcasing the material when they hit Kingston on May 5th. You can listen to the whole album here and get a little taster of what to expect below.

Fans that want to pre-order the album can do so by heading over to the band’s site.

The Menzingers – Gates by Epitaph Records