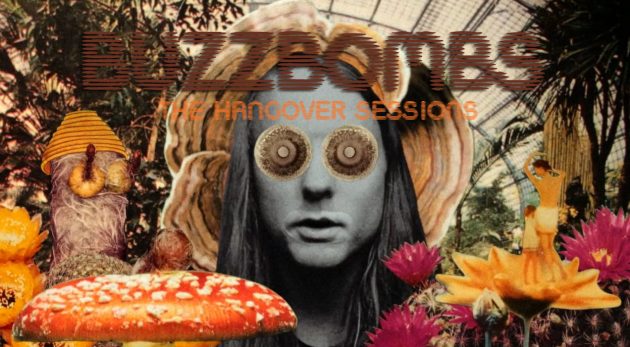 So much Valium has gone down my throat since busting my arm recently skating that everything became a bit of a blur, in-between the constant turning of 12″ and 7″ records. This playlist represents the comedown and the new life that has blossomed since the process of healing. Roll a fat one and enjoy some new chillers that have managed to catch our attention in the last few weeks.

This beautiful track from Canadian artist Andy Shauf aroused Winston Hacking so much that he and his team made this entire video by hand. It’s a damn fine master piece served at a perfect temperature with mushrooms and ice cream. – Zac

The Claypool Lennon Delirium – Cricket and the Genie – (ATO)

The son of a legendary Beatle and the mastermind behind Primus (who left their mark on some of the best 80s skateboard videos). It’s an unlikely combination on paper but pure perfection in reality. This is just one earworm from their new album that is a must have. That flute solo… – Zac

London’s daily grind doesn’t seem to bother JC Flowers as they wisp through the underground with their hangover friendly pop steez. If you want more, look up their Driving Excitement and the Pleasure of Ownership album. – Zac

Shake that bum of yours as it’s the best thing you can do in your life. Sounding like it was written in 1975, this relatively new Nashville posse sure know how to get down. – Zac

If you’ve ever visited Joshua Tree then you will know that its inhabitants are toking on on some damn fine fresh air. Check your friend’s scalp for the 666 mark after listening to this dreamy little pop number. – Zac

Burt Bacharach’s amazing Walk On By single has been covered by so many artists since Dionne Warwick’s version of it was released in 1964. Brighton’s upcoming house party specialists join The Stranglers, Cyndi Lauper and handfuls more in giving this classic a magic touch. – Zac

There’s something so satisfying about this track that it just had to be included. It may have come out last September but was included in the 6Music feature on artists that were inspired by the Beach Boys and it stood out like a sore thumb. Beautiful work from Julia Holter lifted from her Have You In My Wilderness album. Scout it out. – Zac

Despite being born out of the fast and furious UK punk explosion of the late 70s, Wire in 2016 do mellow just as well as they do intense. ‘Pilgrim Trade’ is from their latest album Nocturnal Koreans and sees frontman Colin Newman’s dry vocals floating over a bed of warm, fuzzy guitars and lethargic drums. – James Sherry

Put away that fuzz box and pick up the peace pipe, for this far-eastern psychedelic gem will melt your mind good and slow, just the way it should be. Their fantastic new album’s called House In The Tall Grass, put it on loop and fade away. – Dave Palmer

The video to Plaid’s latest alone is enough to chill you right out, but turn up the volume knob and you’ll hear the kind of cinematic, moody and minimalistic soundscapes that ring delightfully familiar bells. – Dave Palmer

London producer Adolescent’s new EP is a paradox of emotions. Delicate but immensely powerful, it plunges from gnarled beats to beautiful cello and piano passages at will. A work said to be inspired by experiences whilst taking anti-epilepsy medication, this track is a whole mood swing in itself. Watch the accompanying short film below and you’ll be left thoughtful, contemplative, but ultimately wanting more. – Dave Palmer