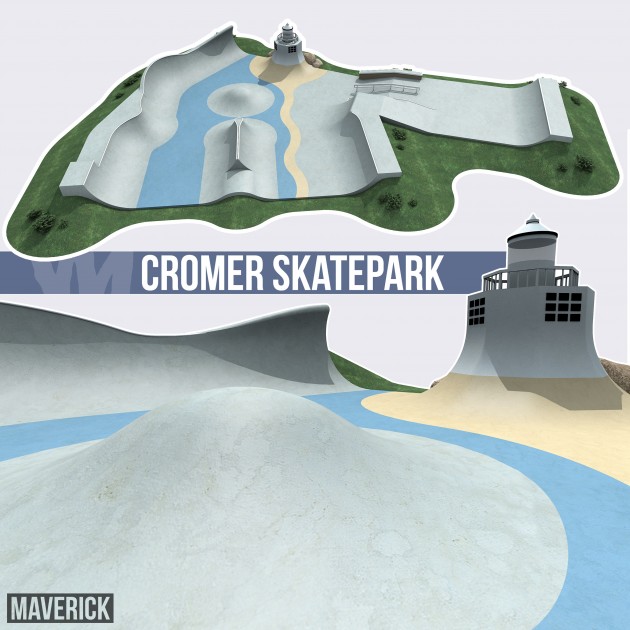 Maverick Industries have opened a new skatepark in Cromer, Norfolk recently with a gnarly looking concrete wave. Aside from the unique features and styling, the park is also furnished with all the functional items you might expect in a small skatepark, these include a spined mini-ramp with roll-overs, extensions, hips, a clam-shell pocket, jump-box and a small flat bank with ledges and a rail.

“Cromer is a coastal town in north Norfolk, just up the road from Sheringham, whose skatepark features a nautical theme and a concrete fishing boat,” says Maverick’s Ian Jennings. “Not to be out-done, Cromer went for a themed approach again, with a skateable replica of the towns’ iconic lighthouse and a nod to the local beach and surf culture in the form of an over-vert wave. The park has coloured concrete and is lots of fun, lots of flow, and has something for everyone. Once again built to an exceptionally high standard by our fantastic build team.”

You can find the new skatepark behind the Meadow Golf Course, off Hall road, Cromer, NR27 9JF. Map here.

Head here for their proposals on the Concrete Wave park down in Cornwall and the newly opened Duck Lane skatepark in Bournemouth. 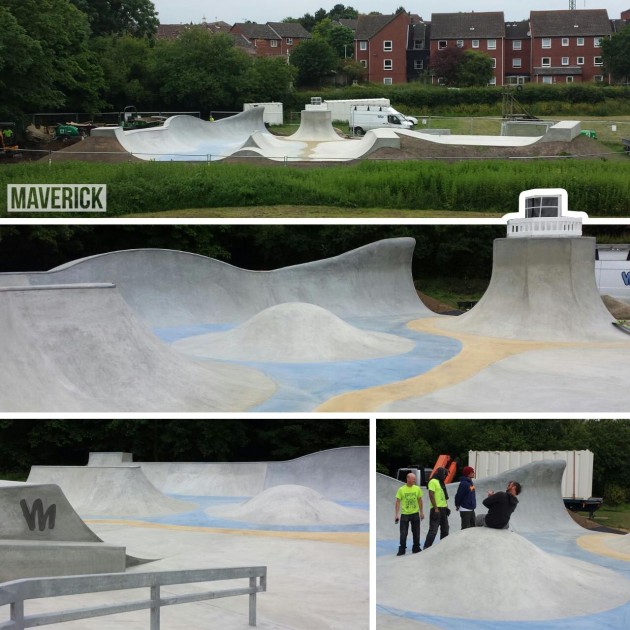 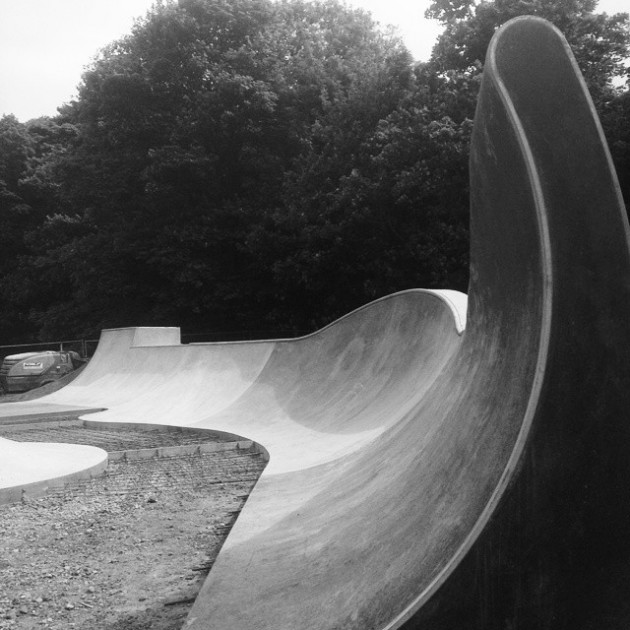