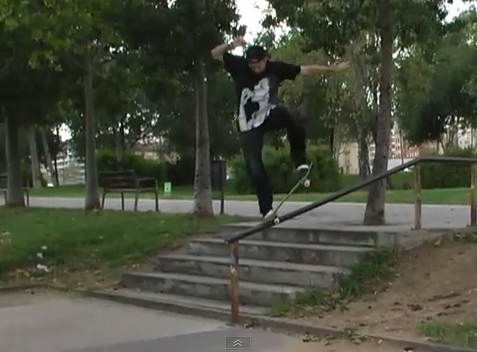 Danny Wainwright has a whole new section filmed by Liam ‘Shicken’ Jefferies and Dane Dicker last summer in Barcelona as part of the new Bristol based online Bristolona video series.

Last summer, a crew from the South West flew out to Barcelona, hired an apartment and documented the trip, the result being 11 sections featuring various skaters from all over Europe including Wainwright, Sean Smith, Josh Arnott, Aaron Clough, Yoni Bang and many more.

All of the parts filmed are graced with some decent laid back hip hop so enjoy this section from 5050’s Barcelona resident and also this friends section with Sean Smith, Harry Ogilvie, Rich Smith, Bill Smith, Pat Garrahy and Martin Carter and then click here to find more footage on their channel.