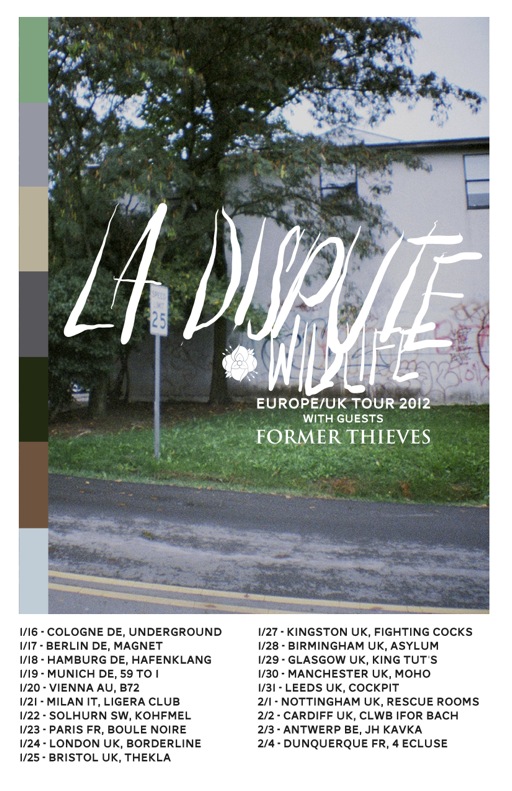 Former Thieves have had some bad luck over the past couple of days with van trauma in mainland Europe and illness plaguing the band’s members. Yet they’re gracious and potent on stage tonight, their visceral yet carefully paced set pulsating through the venue despite a largely unmoving crowd. This two band bill makes for a show that rivals La Dispute’s last London appearance at the Underworld with Touche Amore. The rather more intimate feeling of The Borderline lends itself well to both bands’ clear desire to connect with the audience. Despite everyone’s lack of movement for the openers, you can tell they’re being well received as attention is fully on the music emanating from the stage. The bar is quiet. It’s the music everyone is here for tonight.

La Dispute have already proven themselves as live favourites amongst those in the know on these shows. Their deeply emotive music verges on the uncomfortable at times but tonight’s unrelenting emotion is delivered with a rawness and a sincerity that is undeniable and ultimately appealing. Perfectly crafted songs balance sparse textures with dramatic riffs and vocals that sound so close to breaking, you can’t help but empathise with the lyrics.

Ever the socially conscious, La Dispute have chosen to donate a portion of their merch sales to Teenage Cancer Trust tonight. They also requested a donation (of any amount) from those lucky enough to be on the guestlist for the event. There’s certainly a sense that this is far more than a token gesture and that this a band who really want to make a difference wherever they can. And it’s oh so evident that their performance tonight has made a difference to each person present. Stirring stuff.