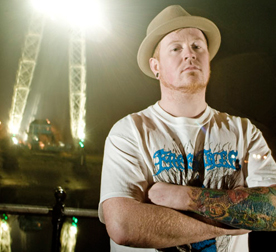 Saint Patrick’s Day was made an official feast day in the early seventeenth century, and has gradually become a secular celebration of Irish culture in general. To celebrate this special day here this year, we decided to treat you to a feast of culture seen through the lens of Irish skateboard photographer and Shiner’s main man in the trenches, Jerome Loughran.

JL: Growing up in Northern Ireland and then later re-rooting myself to Wales allowed me to meet people along the journey that have left an impression. During that time, I have never forgotten those that helped me shape who I am today, so I could have easily added another 20 photos in this feature. These 5 photos are just some of the amazing skateboarders that made an impact on this man behind the lens. Enjoy. 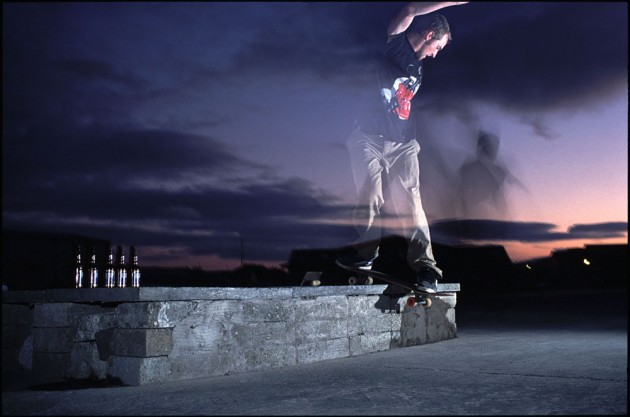 Only fitting that any St.Patrick’s day photo article would be kicked off by none other than Jay Dords. Dords is the guy has held the scene together in Ireland together for years. He is a true skate legend. He’s one of those rare skateboarders who has not only kept the scene going in the dark days, but he’s never seen a penny from all his hard work and crazy ideas either. You know what though? It never breaks that big smile on his face! This photo was shot after a weekend of Jay building this DIY block in Derry, Northern Ireland. Jay built it, consumed some Harp lager and then proceeded to shred it. What is more Irish that Thin Lizzy and Harp Lager? (besides the stereotypes!!) Dords influenced me to get out there and get involved, and now all those years of him asking me questions about f-stops has unleashed a mean photographer in him too. Watch that space. 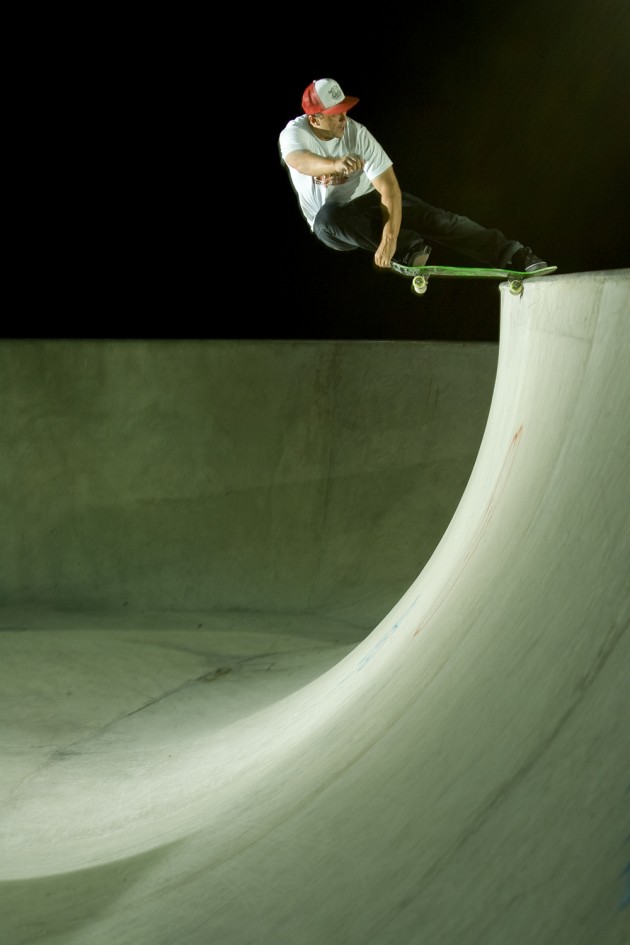 This is Mark Munson. Meeting Munson is like meeting a brick wall at 50mph, you won’t forget it! The man knows what’s what and won’t ever be afraid to tell you so! I’ve learnt so much from this guy over the years. His team management skills are basically made up of “stop crying and do it you wanker!” His approach usually works as well! I’ve been on many rad trips with Mark and would always be glad to have him in the van or at the park shouting abuse at me. There’s a slight Irish link in this photo as it was shot in Greystones, just outside of Dublin. 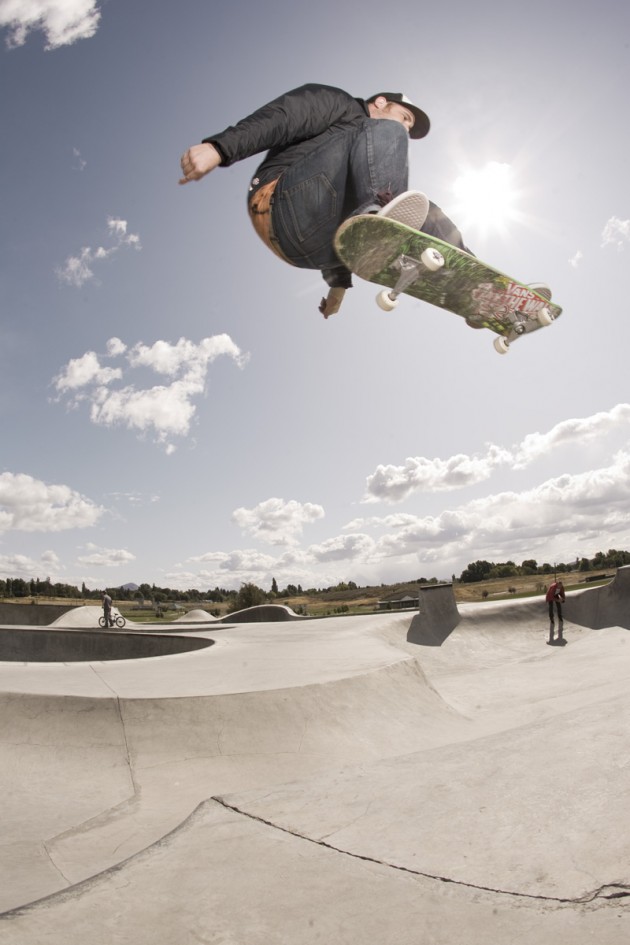 Less of an Irish link here but I went on a skate trip to Ireland with Marc Churchill once so hopefully that counts! Everyone knows Marc. If you don’t, where have you been hiding?! Weird that that the guy I used to watch on Channel 5’s Rad TV show is now the guy that constantly calls me and keeps me in stitches with one of his many comedy personas. Marc is constant entertainment and also knows how to do a good sticker job! If I had to only shoot with one guy for the rest of my life it would be Marc, basically because it’s like shooting with 12 different guys! This photo was shot in Oregon. If you have not seen the Punch An Eagle In Flight tour edit yet, do it. 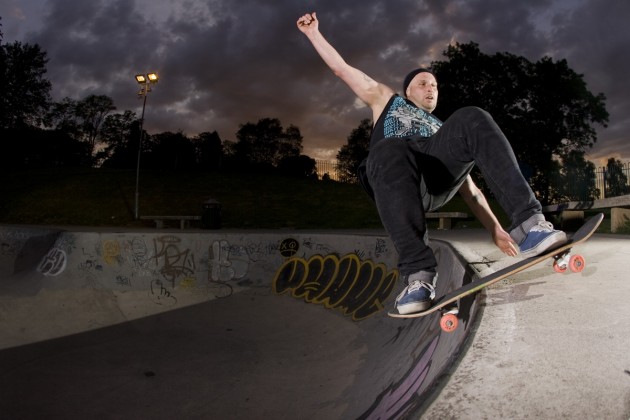 For those that don’t know this guy, this is Darran ‘Grim’ Ward skating the Chepstow park. Grim is best known for running Freestyle Skateshop in Newport, Wales. Grim has been my landlord and housemate for nearly 10 years and I have been through so much with this guy, it’s unreal. This photo should have seen light of day much sooner, as he has always had my back and gets hyped on my photos, so this should stoke him out. Not only is he the biggest and gnarliest vegan I have ever met, he is officially the only person I know that has punched himself out in anger at leaving the house without his wallet! He was driving at the time and I was in the passenger seat! 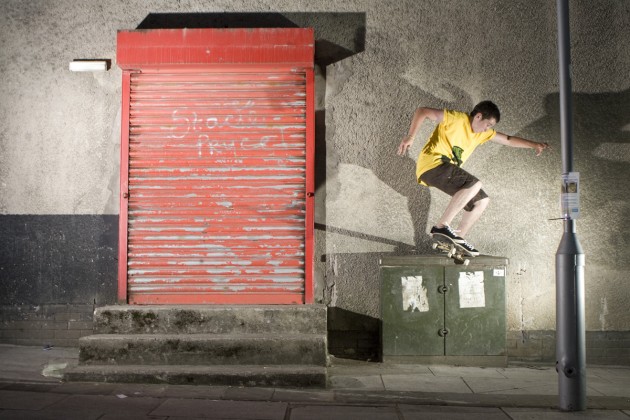 This is a photo of Caradog Emanuel with an ollie up and out to crooks. He is another Welsh skater that I have had the pleasure of traveling with over the years. ‘Dog’ is like Churchill- a stand up comedian. Put the two of them together and you have an ultimate double act! Caradog has a fresh approach to skateboarding, something that sets him apart from others. If you haven’t seen his section in Kill City’s Rookies video yet then, damn, get yourself a copy and break open a Guinness! 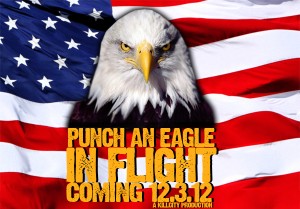 Lee Dainton has dropped a teaser of a recent Kill City trip to the North West of America. The journey included Jake Collins, Beanhead, Marc Churchill, Jerome Loughran and Dainton himself and ties in with Sidewalk’s latest mag feature with skating filmed at various skateparks.

Watch this teaser as the crew turn up to Orcas Island and look out for the full feature that will drop on March 12th.