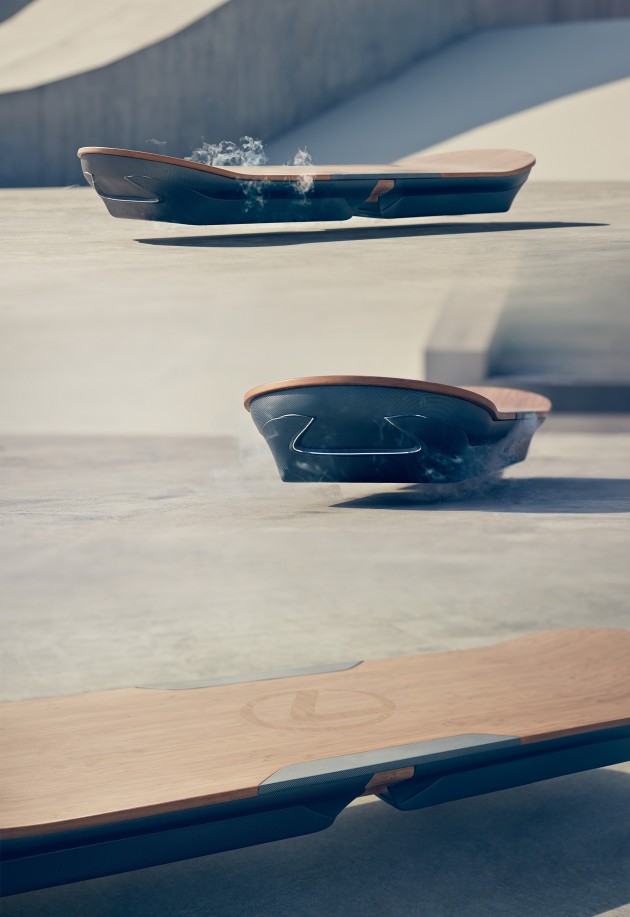 Following much hype for years on this subject, the Lexus company reckon they are the first to actually build a fully working hoverboard using magnetic levitation.

They believe they have found a way of combining liquid nitrogen cooled superconductors and permanent magnets to make the board hover and have designed a deck using materials found in the luxury car brand, from the high tech to natural bamboo.

It’s a bold claim, and if they are telling pork pies, they will look ridiculous. But until they unveil the proof over the coming weeks you can ponder from this new video.