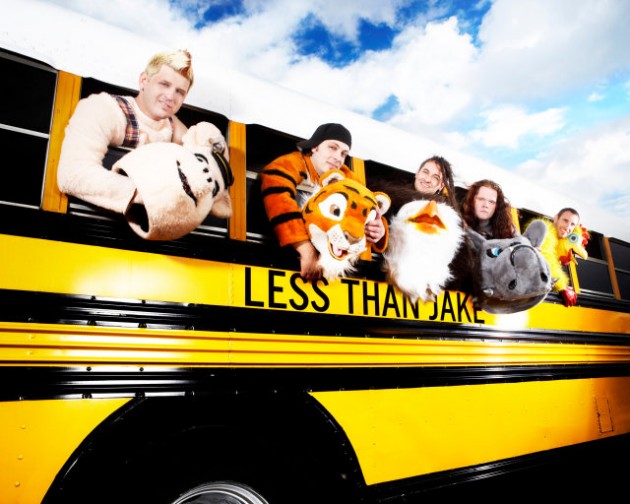 Less Than Jake have announced they will perform new material at this weekend’s Reading & Leeds Festivals when they play the Lock Up Tent. Lyricist/Drummer Vinnie Fiorello comments:

“Reading was our first ever show in the UK and it always holds top spots for our favorite festival to play. We are beyond humbled to be able to continue to play such a legendary festival.”

The Ska-punk bands forthcoming album has been named as “Greetings and Salutations”, with a released date set for an October 15th via Rude Records. The first single, “Goodbye Mr Personality” is available now and you can watch the video below.

In addition to their R&L performances the band will also take to the stage at the Vans Warped Tour UK as well as a small UK tour prior to that show. The dates are as follows: