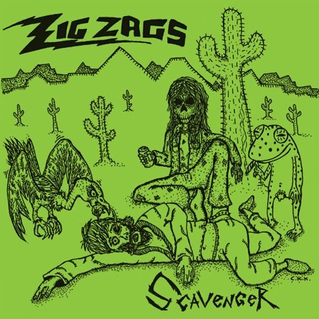 It’s Valentine’s Day as I type this and what more to my ears crave more than ever right now? A band that have the psychedelic charge of Hawkwind with the rawness of Black Sabbath. Combined, this could sound like a lot of bands but Los Angeles based Zig Zags have made the past and present clash with filthy panache on A-side track ‘Scavenger’, and just enough goodness for me to spread this love and bring it to you today.

This 7″ that is available in your local record store and for download today has a tale of two sides. The B-side ‘Wastin My Time’ is more reminiscent of the type of jam that you will find spread all over the tunes of Eddy Current Suppression Ring. Stripped back guitars and upbeats pushing a laid back Stooges style vocal that keeps driving you all the way home aurally.

This 3-piece band are meant to be pretty raw live, so get on this 7″ from Mexican Summer today and spread the love if you like it. There’s also a 5 track EP below here for free download an EP from their bandcamp if you want more. 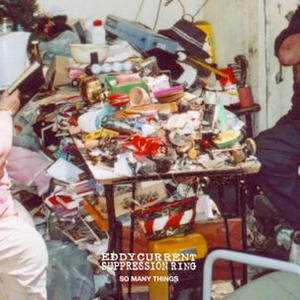